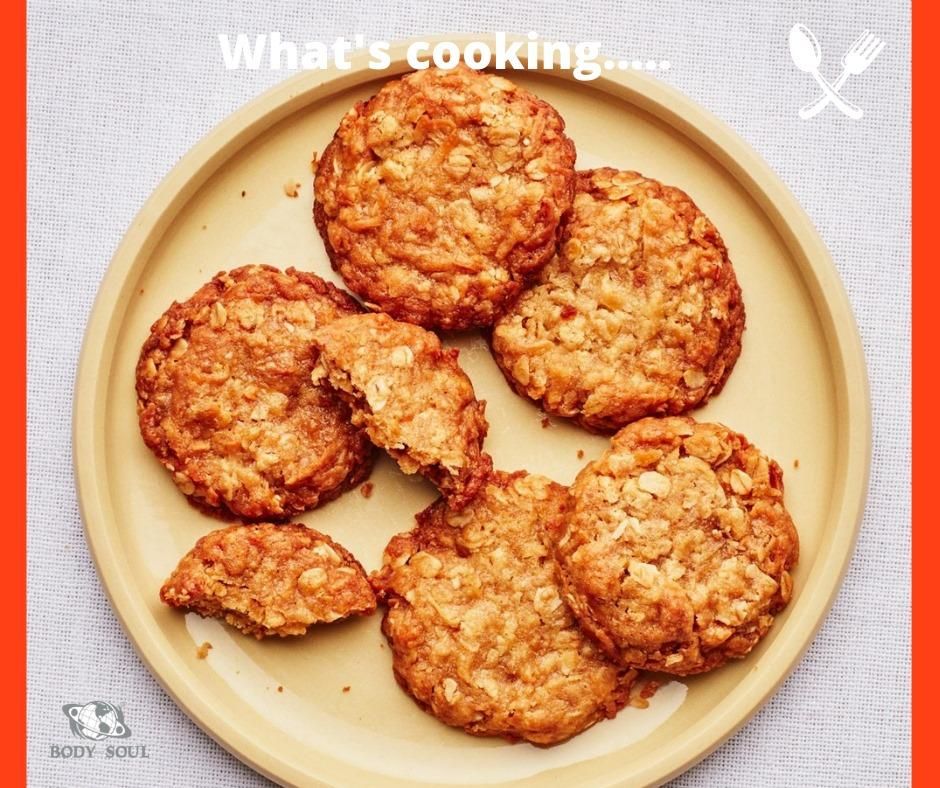 The Anzac biscuit is a sweet biscuit, popular in Australia and New Zealand, made using rolled oats, flour, sugar, butter, golden syrup, baking soda, boiling water, and desiccated coconut. Anzac biscuits have long been associated with the Australian and New Zealand Army Corps (ANZAC) established in World War I.
It has been claimed that biscuits were sent by wives and women’s groups to soldiers abroad because the ingredients do not spoil easily and the biscuits kept well during naval transportation.
However, this information has been contradicted with the claim that Anzac biscuits were never sent to soldiers and were instead eaten by Australians and Kiwis at home in order to raise funds for the war.
In general, it is unclear which of these two competing claims is true. However, it’s delicious and will be great to cook it!!!
it look delicious!!!
Ingredients
1 cup plain flour
1 cup rolled oats
1 cup brown sugar
1/2 cup coconut
125g Butter
2 tbs golden syrup
1 tbs water
1/2 tsp bicarbonate of soda
Method
1 – Sift the flour into a bowl. Add the sugar, rolled oats and coconut.
2- Melt the butter in a saucepan, then add golden syrup and water.
3 – Stir the bicarbonate of soda into the liquid mixture.
4 – Add the liquid to the dry ingredients and mix thoroughly.
5 – Place walnut-sized balls of mixture on a greased tray and bake at 175C for 15-20 minutes.
6 – Biscuits will harden when cool.
cooking with history in Australia!