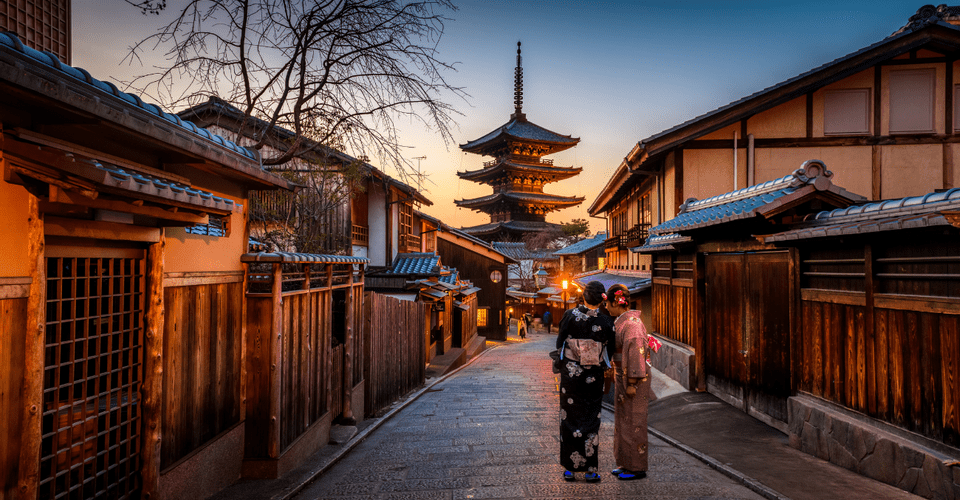 Anyone who plans to experience Japan’s rich culture should be considering Kyoto, and this is why it’s such a popular destination among travellers.

Kyoto is one of the main attractions for tourists visiting Japan. Kyoto has a very long and impressive history and was first established as the seat of Japan’s imperial court way back in 794. It remained the imperial capital up until 1869 after 11 centuries as the capital. Like Germany, Japan was devastated after World War Two with many of its cities and other heritage sites levelled and destroyed. Fortunately, Kyoto escaped much of this wartime firebombing and devastation and so it remains largely preserved.

If you are traveling to Japan and plan to experience Japan’s rich culture, then Kyoto is certainly the place to go. Kyoto is one of Japan’s and arguably the world’s greatest cultural and historical cities.

Kyoto was first laid out in the traditional Chinese feng shui pattern and was modelled on the ancient Chinese capital Chang’an. In fact, much of Japanese architecture and culture (including its writing system to some degree) stems from ancient China. The very name Kyoto is not Japanese but from Middle Chinese “kiang-tuo” meaning “Capital City.” Today Kyoto is considered the cultural capital of Japan.

Kyoto was first on America’s World War Two list of cities in Japan to nuke. Fortunately, this cultural city was saved by the personal intervention of Secretary of War Henry L. Stimson on the basis of Kyoto’s cultural significance.

Kyoto is famous for its ancient and cultural landmarks, these include a selection of Shinto shrines, imperial palaces, manicured gardens, and Buddhist temples.

The Bamboo Forest is a little outside of the city centre and is a romantic dating spot for locals. Here you can feed the wild monkeys and explore various temples in and around the “forest”. Additionally, there are plenty of cafes and restaurants so you can leisurely explore and see the beautiful bamboo grove as you wander around.

The Kinkakuji Temple is easily the most famous temple in all of Japan. It is a stunning sight to behold and is covered in gold leaf on its top two floors. Set to the backdrop of a lake with its stunning gardens one can really feel the spiritual ambiance here. Just keep in mind as the most famous temple in Japan you can expect to see some equally impressive crowds (perhaps disturbing the spiritual ambiance). You can’t actually enter the Gold Pavilion, so mostly you’ll be just strolling around the picturesque gardens.

The Kinkakuji Temple literally means “Temple of the Gold Pavilion”, but it is officially called Rokuon-ji (literally “Dear Garden Temple”). It is a Zen Buddhist temple and was first completed in 1397 AD.

Everyone loves Samurai and Ninjas! And so if you are fascinated by these ancient Japanese warriors then be sure to check out the Kyoto Samurai and Ninja Museum. This interesting museum is the first of its kind and is an experience-based museum. Here you can watch a Samurai sword show, you can don costumes, and you can even train like a Samurai or ninja!

Some of the other very prominent landmarks here (and it’s not possible to provide an exhaustive list) are:

Around 20% of Japan’s National Treasures are located in Kyoto and 17 of these sites are listed in the UNESCO World Heritage Site Historic Monuments of Ancient Kyoto. The city also boasts about 14% of Japan’s listed Important Cultural Properties. The number of temples and landmarks in this cultural city is truly staggering.

While many of Japan’s cities are coastal and therefore heavily influenced by seafood, Kyoto is inland and hasn’t really had the same amount of seafood influence. This has led to Kyoto developing a different sort of cuisine and drawing more on vegetables.

Japan can be visited any time of the year, but Japan is most vibrant in the spring (March to May) and autumn (September to November). The famed cherry blossom is of course in the spring. If you don’t mind the heat, then the summer may also be a good time for you.