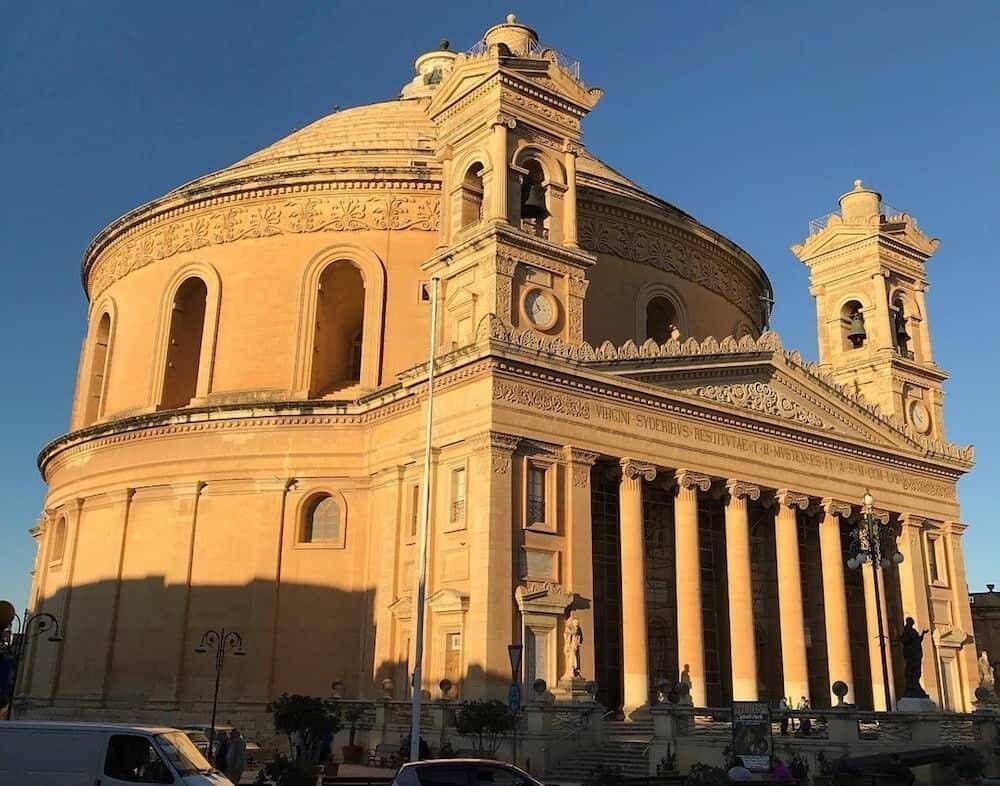 This church survived a bombing during World War II and is one of the most recognisable sights in the small Maltese town of Mosta is the magnificent dome that covers the Parish Church of the Assumption. It holds a special place in the town.
On 9th April 1942, as 300 people sat in the church waiting for mass to begin, a bomb dropped by the German Luftwaffe pierced the dome, bumped into the wall, and rolled across the floor until it came to a stop. It failed to detonate, and so did two other bombs that had fallen outside.
Bomb experts dismantled the explosive and disposed of it in the sea. The Maltese people viewed the escape as a miracle, and today a replica of the bomb can be seen in a sacristy at the back of the church. This lucky event spared the the parishioners as well as the neoclassical structure, whose dome, commonly called the Rotunda of Mosta, is inspired by Rome’s Pantheon and is one of the largest unsupported domes in the world.
In the 1830s, Mosta’s residents raised the funds for the erection of a new church on the site of the existing one, which was carried out such that the newer structure came up around the old one which was later demolished. This ensured that there was always a church to pray at.
Designed by Giorgio Grognet de Vassé, it is beautifully decorated in shades of blue, gold, and red. After 27 long years of construction, the church was  officially dedicated in 1871.
Travel to Malta