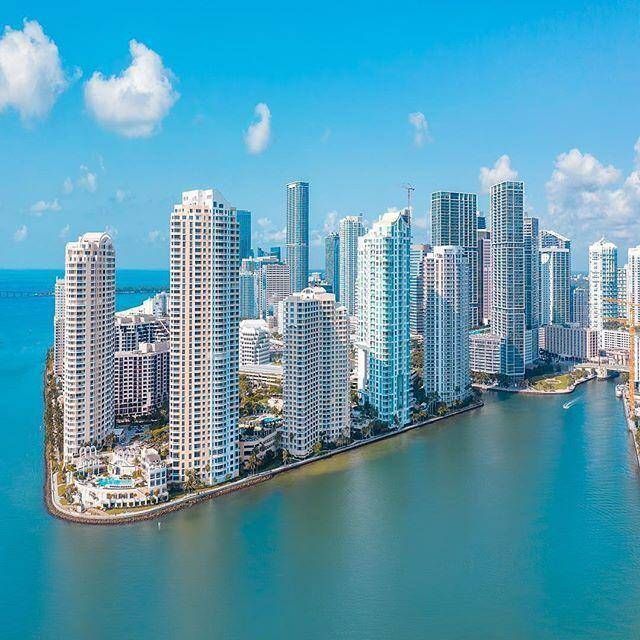 Interestingly, the city of Miami was founded by a woman—the only female founder of a major American city.
Amazing right?
In 1874, Julia Tuttle, who hailed from Cleveland, headed to Florida to visit her father, who lived in the area.
Despite the mosquito-infested swamps, she liked what she saw. After her father died and left her his land, she purchased more acreage and then talked railroad builder Henry Flagler into extending tracks southward.
Tuttle met with Flagler, a multi-millionaire who was going to extend his railroad south along Florida’s east coast to develop cities and resorts along the way.
Tuttle wanted him to extend his railroad to her area. After negotiations, Flagler agreed to do so in exchange for hundreds of acres of land from Tuttle and Tuttle’s neighbors William and Mary Brickell who were the other main landowners in the area.
Flagler also agreed to lay the foundations for a city on either side of the Miami River and to build a large hotel. The first train arrived in what became Miami city on April 13, 1896.
Miami was officially incorporated as a city in a pool hall meeting days later on July 28, 1896. Its first laundry, first bakery and the first dairy were reportedly started by Mrs. Tuttle. In 1896 the city she had founded was incorporated; by the 1920s, it was a bustling metropolis.
In 2010, a 10-foot tall statue of Julia Tuttle, the “Mother of Miami,” was erected in Bayfront Park.
Travel to Miami