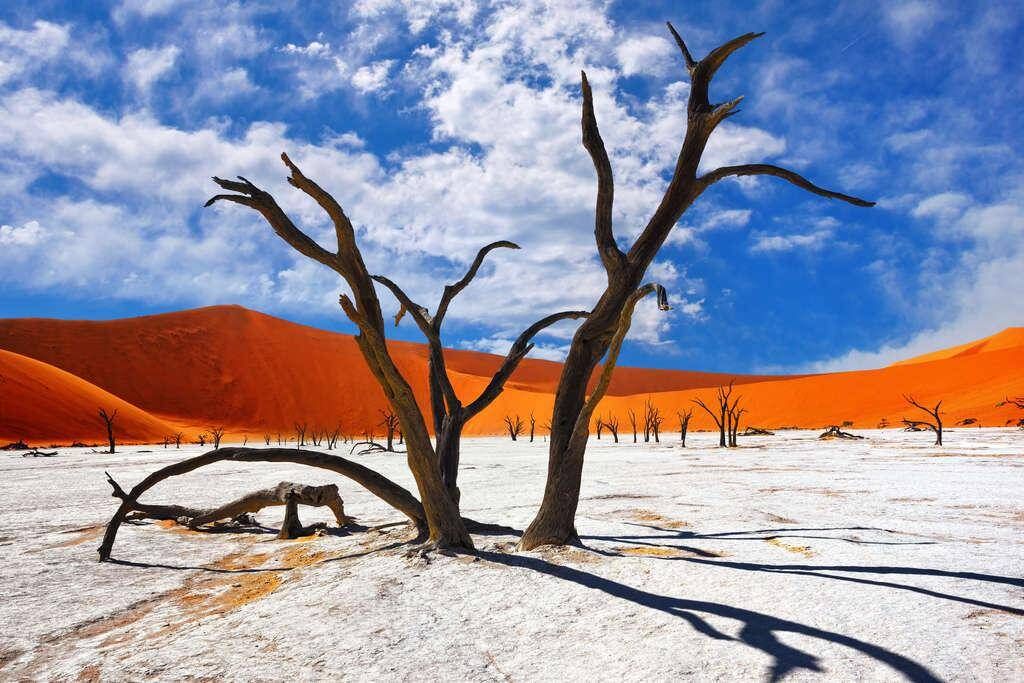 Where would you find this famous site?

Among the towering red dunes of  Namib-Naukluft National Park in the central Namib Desert is an area known as Sossusvlei.

It is a strange and alien landscape. The rich red dunes that surround the area owe their hue to age – over the thousands of years, the sand has literally rusted.

Sossusvlei is a wide, flat, salt-covered expanse with a dense and compact layer of clay in the subsoil. When dry, Sossusvlei is hard and arid, and when wet, as it gets every 5-10 years when fed by the Tsauchab River, it becomes sticky and plastic. The area is the river’s final destination.

Nearby is yet another “place of no return” this one even older, and much more dead than Sossusvlei. Known as Dead Vlei, it is found among the tallest dunes in the world – some reach 1,312 feet high, which is almost as lofty as the Empire State Building. Dead Vlei was once like Sossusvlei, with the river draining into it nourishing desert life and even trees. But no longer. Some 900 years ago the climate dried up, and dunes cut off Dead Vlei from the river.

It became too dry in Dead Vlei for the trees to even decompose. They simply scorched black in the sun, monuments to their own destruction. The trees, now over 1000 years old, form a barren forest.