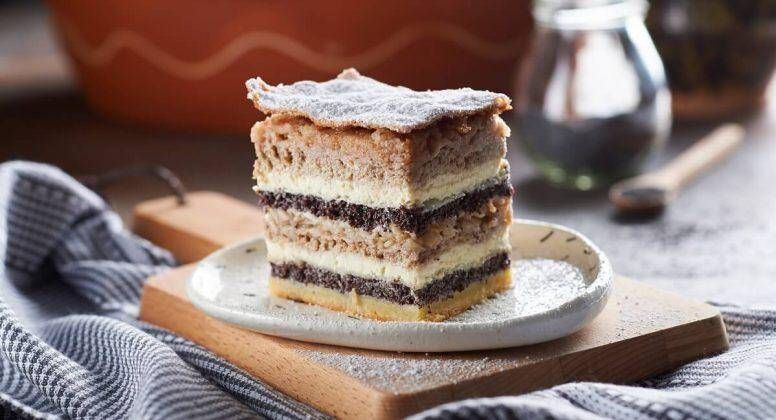 This sweet Slovenian food is under European protection and is regarded as one of the national gastronomic delicacies, due to its flavour, ingredients and a unique recipe.

Gibanica or layer cake is one of the old festive and ceremonial Slovenian desserts, which originate from the region along the Mura River. The oldest written recipe dates back to 1828. This sweet Slovenian food is under European protection and is regarded as one of the national gastronomic delicacies, due to its flavour, ingredients and a unique recipe.

Prekmurje flat cake can be sweet or salty, and it is made of strudel dough layers and layers of many fillings. The classic gibanica is made of nine layers with fillings like poppy seeds, raisins, groundnuts, and steamed apples. However, there are some other alternatives to these Slovenian desserts that originate in the north eastern part of the country.

The entire procedure is then repeated in the same order, i.e. the poppy seed layer is followed by the skuta curd cheese filling, then the walnut and the apple filling.

If you’ve never tried it please make sure to ask for it when you travel to Slovenia.