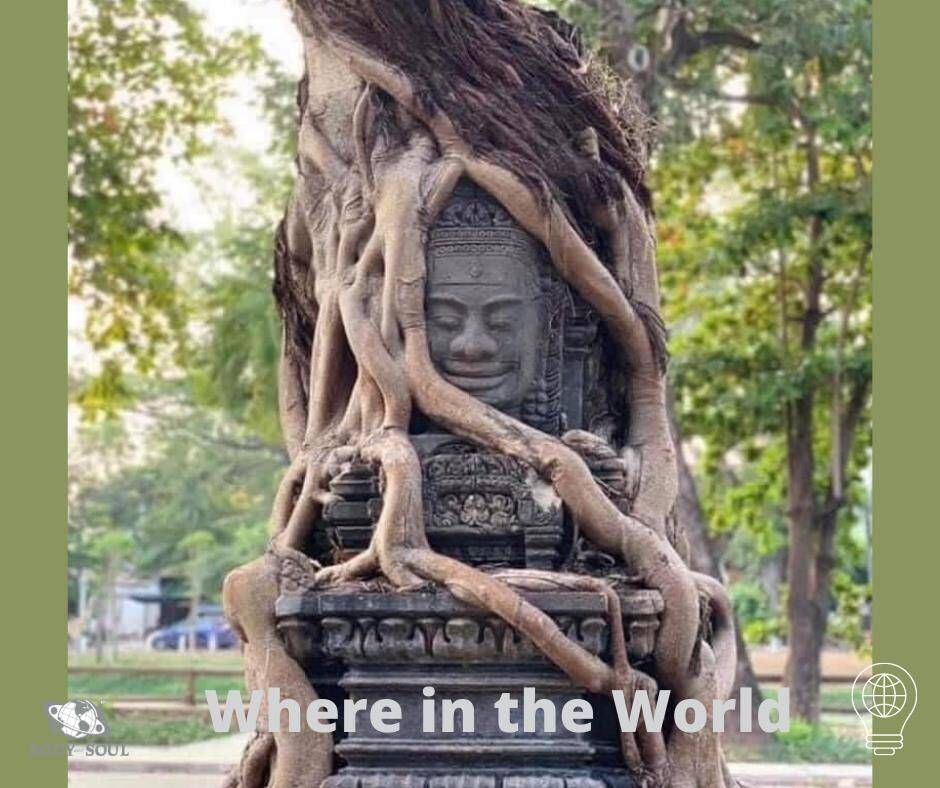 In which country is this so typical?

In Cambodia…
Memories of temples have faded away from the minds of Cambodians until they were completely forgotten. However it is believed that the main temple Angkor Wat was never forgotten. People always worshiped here.
A French naturalist published papers on Angkor Wat in 1863, which aroused western interest in this temple. One thing led to another, and several groups of historians started trickling in. And by early 20th century many Angkor temples were discovered one after another.
Of course the temples were in a terrible ruinous condition. During this period of neglect Strangler Fig, a member of Banyan tree family started spreading their roots here.
Nobody realized how and when these trees completely captured several of the temples here. The roots have grown over, through and then under these temple foundations crushing them completely.
Young strangler lives on the tree’s surface, grows long roots, and descends along the trunk of the host tree. Eventually they reach the ground, enter the soil and get a firm hold. As several roots go through this process they get grafted together, enclosing their host’s trunk in a strangling latticework.
Ultimately they create a complete sheath around the trunk. At many places we saw this network of roots, and they have fiercely strong grip.
One factor that has enhanced the growth of the trees here is the unique property of the stones used for building the temples. Angkor temples are made of sandstone/laterite which is porous in nature. This enables the roots to extract water from the stones.
The roots play the role of crushing the structure and sometimes holding the structure up too. Even today, even now, at this moment the damage is taking place – little by little. A new root finds a small gap between two blocks, wedges in between them, starts growing and enlarging. The size becomes big until one day, at some moment the stones fall apart.