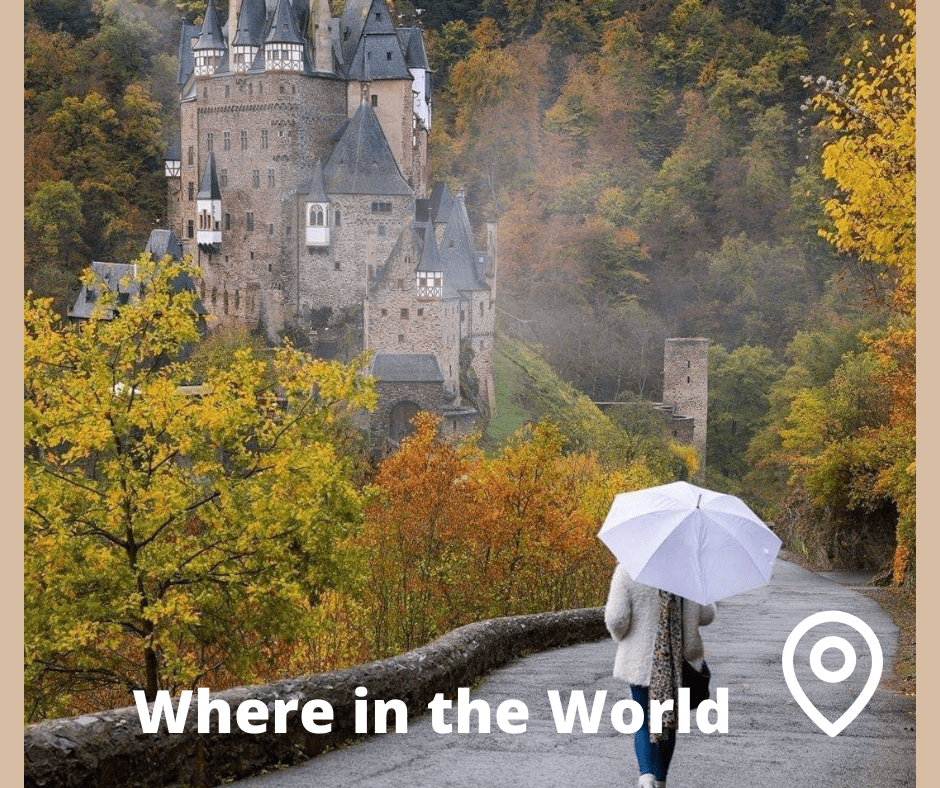 WHERE IN THE WORLD?

Where is this beautiful castle?

Eltz Castle in Germany is a medieval castle nestled in the hills above the Moselle between Koblenz and Trier and is still owned by a branch of the same family (the Eltz family) that lived there in the 12th century, thirty-three generations ago.

The castle is surrounded on three sides by the river Elzbach, a tributary on the north side of the Moselle. It is on a 70-metre (230 ft) rock spur, on an important Roman trade route between rich farmlands and their markets. The Eltz Forest has been declared a nature reserve by Flora-Fauna-Habitat and Natura 2000.

It has incomparable architecture and original furnishings from eight centuries. It offers an armory and treasury with world-class gold and silver work. It stands on a rock and still lies in the valley. It is embedded in the Eltz Forest, a nature reserve of great scenic beauty and full of rare plants and animals. It is also located in the middle of an attractive hiking area, with the award-winning dream path “Eltzer Burgpanorama” and other beautiful paths for every requirement.

The greatest attraction of Eltz Castle is its architecture: With its eight up to 35 meter high residential towers, its bay windows, roofs, half-timbered structures and peaks, it is the epitome of a knight’s castle for the spontaneous viewer, yes the “castle par excellence”

Its location is unique: hidden in a side valley of the Moselle, built there on a 70 m high rock, surrounded on three sides by the Elzbach and surrounded by a natural paradise, it alone allows the perfect medieval dream.