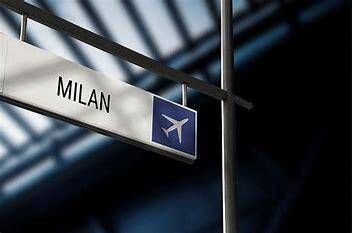 Following Alitalia’s cease of operations on October 15, Italia Trasporto Aereo (ITA) will replace the state-owned airline and will start flying from that date. As reported by Reuters, Italy reached a deal with the European Commission after months of haggling over the fate of the failing airline. ITA was originally intended to begin operations as soon as April 2021.

A key portion of the negotiation was focused on ensuring ITA was independent of Alitalia, so that it was not liable for paying back billions of euros the old carrier had received in state aid. The new airline said in a statement it will aim to raise initial capital of roughly $826 million in order to buy assets from the old company and begin operating.

Another result of the negotiations is that ITA will inherit only part of Alitalia’s flight slots, which are a major asset and proved a major sticking point in the talks. Specifically, the airline will receive 85 percent of the Alitalia slots at Milan Linate Airport and 43 percent at Rome–Fiumicino International Airport.

ITA will initially operate a fleet of 52 aircraft, seven of which are wide-body and used for longer-haul routes. The number is expected to increase to 105 aircraft (including 23 wide-body) by 2025. Eighty-one of these aircraft will be new generation, having replaced the older technology.

At the start of operations, the airline will serve 45 destinations with 61 routes, which will rise to 74 destinations and 89 routes in 2025. In the winter 2021 season, ITA will operate routes to New York (from Rome and Milan), Tokyo, Boston and Miami (all three from Rome). In summer 2022, the company plans to launch new flights to Washington, D.C., Los Angeles, São Paulo and Buenos Aires. Short and medium-haul flights will include those to Paris, London, Athens, Madrid, Amsterdam, Brussels, Frankfurt and Geneva, along with Tel Aviv, Cairo, Tunis and Algiers.