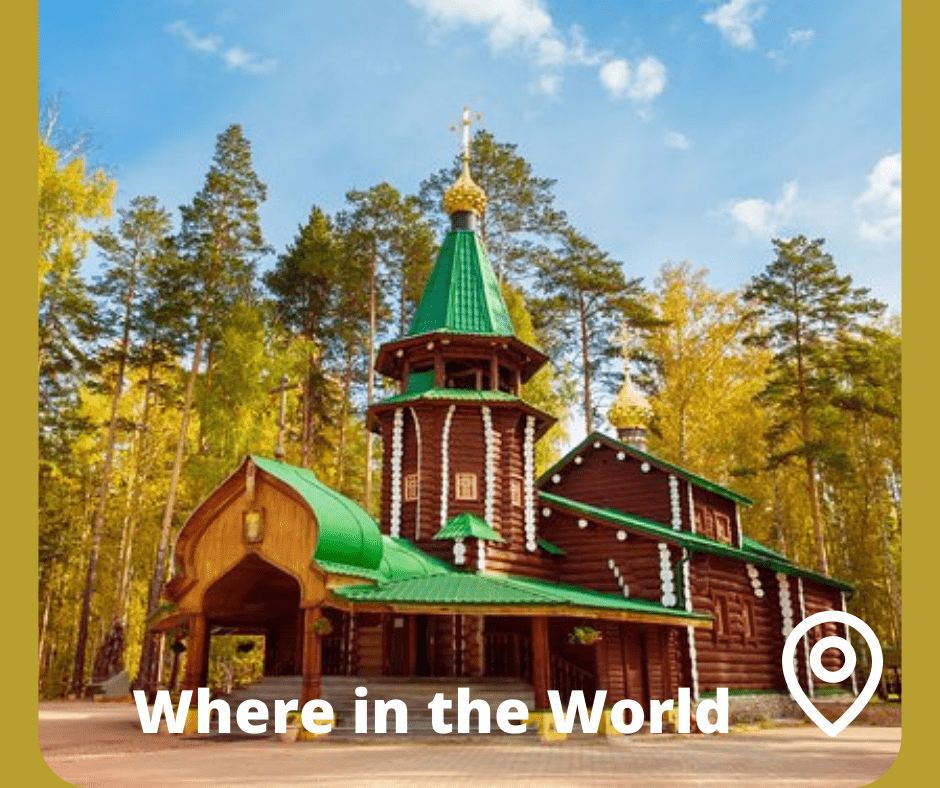 Do you know where this interesting looking building is situated?

Ganina Yama Monastery in Russia stands on the site where the bodies of the last Russian tsar and his family were thrown after their execution by the Bolsheviks. It was here in July 1918 that the bodies of the members of the Royal family, as well as their loyal servants, were brought.
The remains of Nicholas II of Russia and his family remained undiscovered for many years because the Bolsheviks quickly transferred them to a second, secret site, known as Porosenkov Ravine.
DNA from living relatives identified the remains as those of the tsar and his family, but the Russian Orthodox Church doubted the validity of the results. Declaring the site holy ground, a monastery was constructed to commemorate the deaths of these political martyrs.
The royal family and their retinue had been canonized in 1981 by the Russian Orthodox Church Abroad. The grounds were therefore dedicated to honor the family’s humility during capture and their status as political martyrs. With financial assistance from the Ural Mining and Metallurgical Company, the Church constructed the Monastery of the Holy Imperial Passion-Bearers at the site in 2001. A tall cross marks the edge of the mine shaft, visible as a depression in the ground.
Seven chapels were later constructed at the site, one for each member of the royal family. Each chapel is dedicated to a particular saint or relic. On the anniversary of the murder, a night-long service is held at the Church of All Saints (Church on the Blood) on the site of the Ipatiev House. At daybreak, a procession walks four hours to Ganina Yama for another ceremony. The former mine pit is covered with lily plants for the ceremony.
Travel to Russia