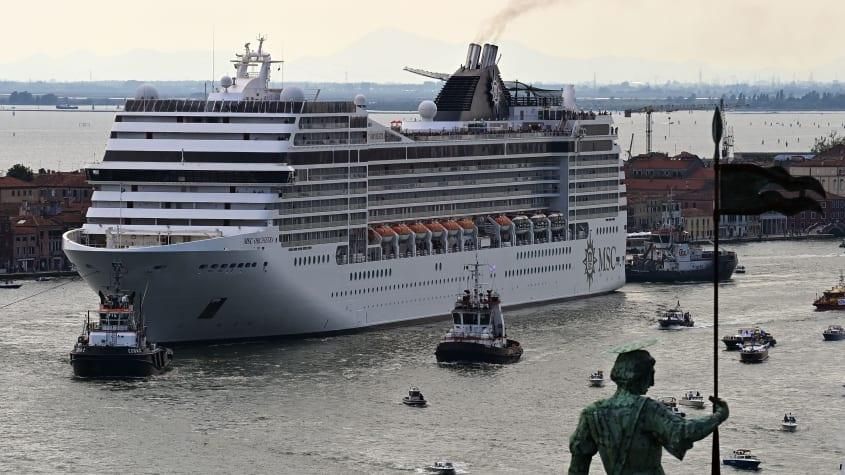 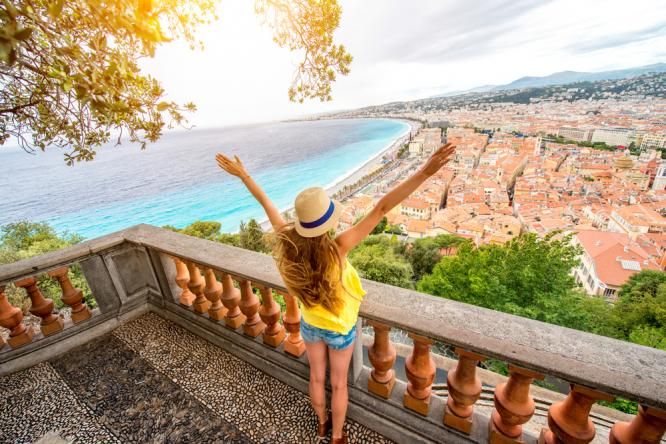 The arrival of the first cruise ship to dock in Venice in 18 months has triggered a fresh wave of arguments between campaigners and the city authorities.

The Italian government announced in March that large vessels, including cruise ships and shipping containers, would be banned from Venice, in response to “concerns from residents over pollution and underwater erosion of the city’s foundations”, the BBC reports.

So the arrival of the 92,000-tonne MSC Orchestra in the so-called City of Water earlier this month “caught many by surprise” and “reawakened old divisions” in a war of words that “has pitted the economy against the environment”, says The Guardian.

The huge liner sailed into the lagoon on 3 June to pick up passengers for a cruise to Greece before departing two days later. The ship “was given a victorious send-off by port workers”, who “filled about two dozen vessels that sailed alongside it”, The Guardian reports. But “it was also escorted away by a flotilla of small boats with anti-cruise ship campaigners on board”, the paper continues.

For the 5,000 people employed at Venice’s cruise port, the arrival of MSC Orchestra “was a symbol of hope for the future after more than 18 months without work” as a result of travel restrictions during the Covid-19 pandemic. But for the anti-ship demonstrators, the “visit was a reminder of a period they were hoping had been banished to the past”. Overtourism has long been an issue of massive concern for many Venetians. A 2019 push for a referendum on greater autonomy for the floating city centred around a fear of “mass tourism, depopulation and urban decay”,as The Local reported at the time.

Campaigners argue that as well as fuelling these problems, the ships’ presence in the lagoon is also “negatively changing the ecosystem, and damaging the notoriously fragile city with the movement of water they cause”, CNN says.

Along with this reported environmental damage, campaigners also point to an accident in 2019, when a 13-deck cruise liner operated by the same company that owns the MSC Orchestra crashed into a wharf and tourist boat, injuring four people. In the wake of the collision, thousands of protesters hit the streets to demand a ban on larger vessels.

However, for the Venetians whose jobs depended on the 32,000 cruise ship passengers who disembarked in the city daily pre-pandemic, the ships are a vital part of the economy.