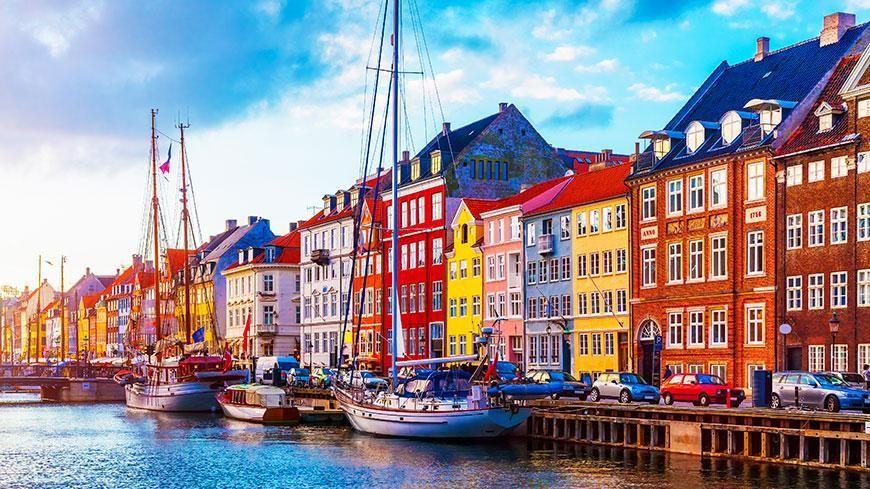 From restaurants where you can try local food to an activity that the locals love, these are the tips you need for an epic Denmark trip.

Is Denmark on your list of places to travel to within the next year? If other European countries are on your radar, it’s definitely time to consider Denmark. You might have heard that Copenhagen is a very cool place, and the city has modern hotels, funky restaurants, and a lot of great landmarks. When you stay in Copenhagen but venture out by car to visit a few other places, you’re in for an incredible trip.

Here is a travel guide to Denmark and some things that tourists should plan their trip around.

According to The Crazy Tourist, when you’re in Denmark, you should definitely go to Lindholm Høje where there is a Viking burial ground. There are 150 stone ships and 682 graves, and you’ll be able to visit the museum where you can see objects from the Viking period. The graves are from the Viking and Iron Age.

Locals suggest going to the Copenhagen Zoo, which has been around since 1859. There’s a butterfly garden, 3,000 animals (and 264 species), and the Tropical Zoo (which has crocodiles and snakes and feels like a rainforest).

According to Responsible Travel, September and April would be good times to go. If you’re heading to Denmark in April there’s a much better chance of blue sky days both in the north and the south of the country.” As for September, it’s a good time of year to go if you want to go on some bike rides.

When you’re traveling to Denmark, it’ll be a great idea to base yourself out of the city of Copenhagen. While there are some areas that people recommend more than others, someone posted on Reddit and explained, “this city isn’t that big. You can bike from one end of the city to the other in half an hour.” That’s really helpful to hear as you could find a hotel that appeals to you and is a great price, and rest assured knowing that it’ll be a good, convenient pick.

The neighborhood of Nørrebro is also a good bet. According to Visit Copenhagen, there are a lot of different types of food here and it’s “culturally diverse.”

You’ll find Danish and Scandinavian food at Marv & Ben, which would be a wonderful place to go during your time in Copenhagen. There are tasting menus, which will give you the chance to try lots of local food. The website notes that the tasting menu of four courses called “Fast Four” would include “Scallop, german turnip & trout roe” among other dishes.

You could get around Denmark really easily by taking taxis. According to Lonely Planet, you can phone when you want one or find them at a train station or shopping mall. It’s worth noting that the price of the taxi is going to involve the tip as well.

The Culture Trip mentions Nyhavn as a landmark in Denmark. It used to be a way for people to get from the water to the city back in the 1670s, but today, it’s a place where people visiting Copenhagen really enjoy coming. There are stores and restaurants and it seems like an amazing place to spend a lot of time. The website also notes that you should check out a landmark called the Black Diamond. Schmidt Hammer Lassen, a local architect, is the one behind this structure, which is part of the Royal Danish Library. It will be a beautiful thing to see.

Another landmark is Frederiksborg Palace, located in Hillerod. The Museum of National History opened here in 1878, as Trip Advisor notes, and a reviewer says it’ll take around 40 minutes to drive here from Copenhagen. They wrote, “Stunning fairy tale castle with extensive and impressive gardens. To fully appreciate this place you probably need to set aside two to three hours.”

According to a Trip Advisor article on the country, tipping 10 percent when you’re in a restaurant would be good, but some people say that you don’t have to since there will be a service charge. It’s also worth noting that pay is really good here which is why it’s not as big of a tipping culture as some other places.

A Trip Advisor article on Denmark says that “Hygge” is a local activity. The website explains, “It means a quiet happy cozy atmosphere of people having a good time. They strive to have this atmosphere everywhere they go – at work, at home, with friends and relatives.” The website cites examples such as having a drink with candles around you or reading a book while your laundry is being done.

When you’re in Denmark, you could definitely get into this local spirit and find a comfortable cafe nook to curl up in or a nice bar or restaurant with low lighting or, even better yet, some candles.