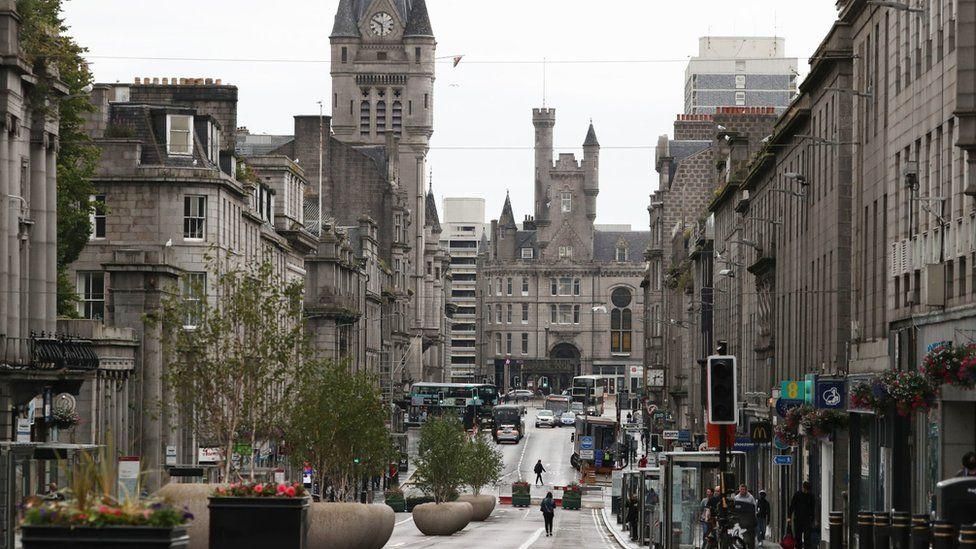 Aberdeen has always had plenty to offer: charming architecture, leafy historic quarters, interesting museums (most of them free) and even its own sandy beach.

But with the opening of a £333m events and exhibitions complex and the launch of several grassroots arts initiatives, it has suddenly gained a lot more to shout about. And there’s never been a better time to book a long weekend to see it all.

Start your trip at Aberdeen Art Gallery, which recently reopened after a four-year closure, having been ingeniously renovated by Hoskins Architects and Studioarc. The building is a sprawling neoclassical structure erected between the 1880s and 1920s, and a recent extension has dramatically expanded its display spaces – meaning there’s three times more art on display than before – and added two sweeping terraces.

Inside, you’ll find an eclectic and fascinating collection of works by Scottish artists such as Henry Raeburn and James Cromar Watt, as well as pieces of international renown by the likes of Barbara Hepworth, Francis Bacon and Claude Monet.

Initially founded in Stavanger, Norway, in 2001 by Leeds-born Martyn Reed, Nuart has become the longest running annual street art festival in the world. Since its arrival in Aberdeen, it has brought dozens of internationally acclaimed artists to the city’s streets to create murals and installations.

“The festival created a buzz for Aberdeen that was beyond anything I’ve experienced before,” says Jon Reid, an Aberdeen-based artist and Nuart tour guide.

“Thousands of people came on walking tours and shared photos of the work on social media. Some people said to me it was the best thing to happen in Aberdeen since the Tall Ships visited in the early Nineties, which says a lot about how people have felt about the city in the past.”

Even if you don’t think of yourself as a street art fan, it’s hard not to be drawn in by the provocative, occasionally contentious and often awe-inspiring works, which come in refreshingly small and large sizes. Look out for colourful LEGO infills in broken walls, created by German artist Jan Vormann, and the little grey-suited figurines, by Spanish artist Isaac Cordal, that are dotted all over town.

One of the most powerful murals for me was a pair of women pushing each other away by Argentinian artist Hyuro. Despite the feud, they remain joined together by their blouses – it’s said to represent the difficult England–Scotland relationship. I also loved the haunting image by German duo Herakut of a Scottish girl shining a light on all those who need a reminder of their self-worth, and two blue, white and black oil tankers sinking by Polish artist M-City.

“That one sends a powerful message given the climate emergency and is a reminder that the festival is not all about pretty pictures,” says Reid.

The oil and gas industry has done a lot for Aberdeen and created lots of opportunities, but works like these make it clear that Aberdonians are keen to change the image of their city.

Culture aside, the city offers the tempting opportunity to take a break by the sea. The working harbour is teeming with fishing boats as well as offshore vessels and mud tanks used by the oil and gas industry. But push past them and you’ll find the historic and charming village of Footdee (pronounced ‘fittie’) on the eastern end of the city.

The former fishing village was designed by John Smith, the same architect behind Balmoral Castle, with rows of picturesque cottages looking onto communal squares. Nearby, there’s a sandy beach from which surfers valiantly brave the North Sea. Bring a thick wetsuit if you want to partake.

Beyond the city walls, Aberdeenshire is home to castles, golf courses and whisky distilleries aplenty. There’s even more art to discover, too. If you haven’t had your fill in the city, make for the Fife Arms in the Highland village of Braemar. Opened only a year ago by art-collector duo Iwan and Manuela Wirth, it’s housed in a building by the same architect who designed the Aberdeen Art Gallery, Alexander Marshall Mackenzie. Dotted around the 19th-century complex are 16,000 antiques, collectable items and artworks, including pieces by Freud and Picasso as well as one of Pieter Brueghel the Younger’s captivating village scenes. It’s all rather enthralling, and, given the setting, quite unexpected.