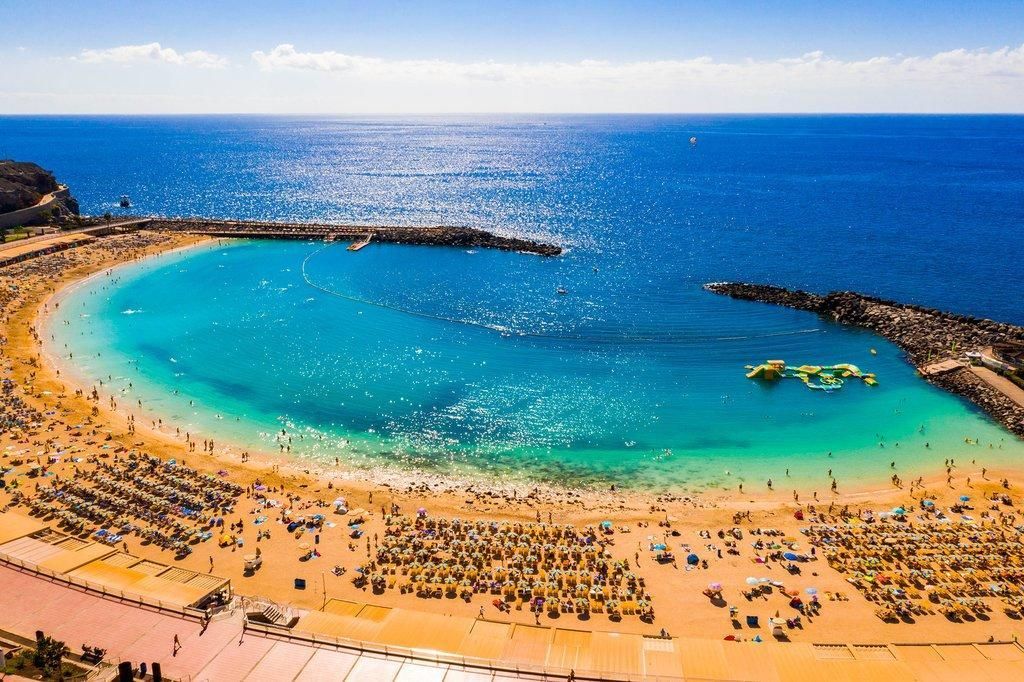 Poor weather may derail holiday plans set months in advance, but one collection of islands is world-renowned for its clean, warm weather all year.

The Canary Islands, located just off the coast of northwest Africa, are one of the most popular vacation spots for Europeans to get away from it all. According to the World Economic Forum, more tourists visited the Canary Islands in 2015 than any other tourist destination in Europe.

Volcanic eruptions have shaped the Canary Islands over millions of years, and they are still active today. According to ScienceDirect, eruptions have happened as recently as 2012 and 1971.

Tenerife is the highest of the Canary Islands, with a volcanic peak that rises more than 12,000 feet above sea level, making it ideal for deep-space telescopes and general astronomy.

Tenerife is around 24,600 feet tall, making it one of the world’s highest mountains when measured from the seafloor to the summit. On Hawaii’s Big Island, Mauna Kea holds the title for being the tallest mountain in the world, measuring more than 33,000 feet from the ocean floor to the peak.

The picture-perfect weather on the portion of the islands year-round is attributable to the island’s morphology, not the volcanic landscape or the renowned Teide National Park, both located on Tenerife.

According to TravelGuide.org, “for many, the climate of the Canary Islands is regarded one of the greatest climates in the world.”

Winds from the north frequently blow over the Canaries, forcing air up and across the volcanic landscape as it plows into the islands. As a result, the north-facing side of the higher islands is frequently overcast, cold, and wetter than the southern side, which is left in a “rain shadow.”

Every year, millions of people travel to the south-facing side of the islands to enjoy the pleasant and sunny weather in the rain shadow, even in the winter.

Tenerife Sur, near the southern tip of the Canary Islands’ biggest island, with maximum temperatures in the low 70s Fahrenheit during the winter and the mid-80s Fahrenheit during the summer. Temperatures in the 90F are common on the warmest days of the summer. However, visitors may cool down by swimming in the water or visiting the island’s higher elevations, where it is cooler.

The same elements that generate ideal vacation weather also produce microclimates around the islands that are home to unusual flora, including one known as the “tower-of-jewels.”

Microclimates are areas on the island where particular weather conditions occur due to the elevation or weather generated by the island’s geography, distinguishing the location from the rest of the Canaries.