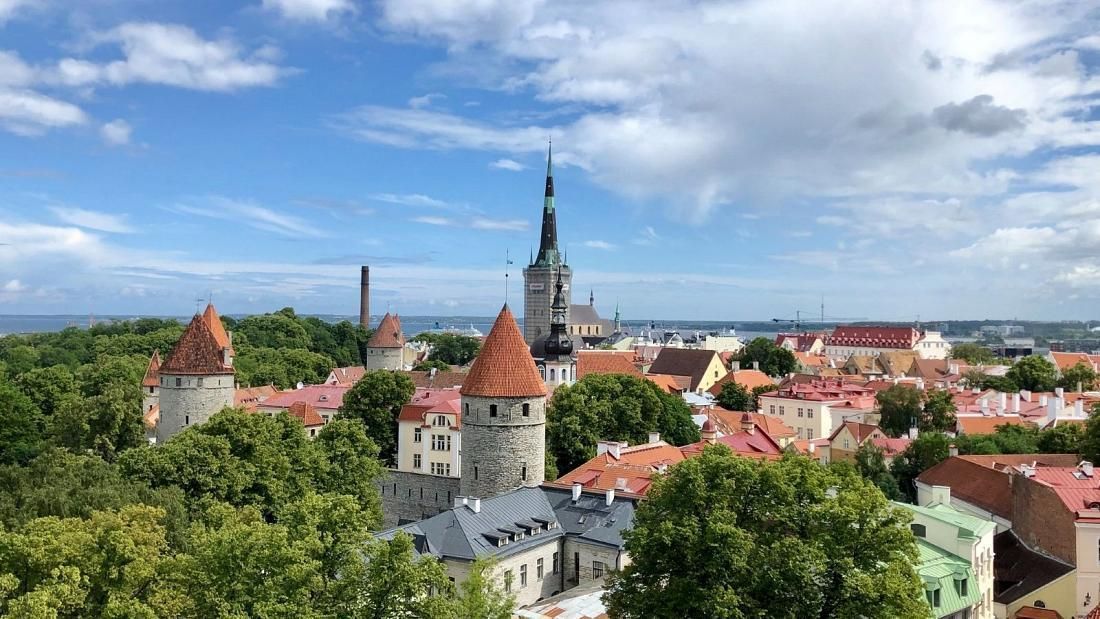 Quietly situated between Latvia and Finland, Estonia may well be the enigma of Northern Europe.

Although Estonia may seem like any northern European nation, with its lush green rolling hills and ties to Viking crusades, there are some facts that may take you by surprise when learning about this intriguing country.

More importantly, how has Estonia come to have one of the most tilted cities in the world – rivalling even Pisa?

To find out more about why Estonia should be on your list of future trips abroad, here are some of the most weird and wonderful facts about this beloved European enigma.

Estonia has one of the most digitally advanced societies in the world
Home to more start-ups per person than America’s Silicon Valley, it’s no wonder Wired named Estonia as the most advanced digital society in the world.

With internet mega-companies such as Skype being created in Estonia, it’s no surprise that it’s garnered a reputation for mastery of digital media.

In fact, Estonia has also been praised for one of the world’s best internet connections, making it a prime spot for remote workers. With the country’s E-residency programme, digital nomads can gain a government-issued digital identity, gaining access to Estonia’s services and business environment.

So, if you’re looking to leave grounded life behind, but still want to stay connected, Estonia is the place for you.

There are over 2,000 islands to visit
With access to the Baltic sea, Estonia is home to a myriad of islands, all with their own charm and characteristics.

One of the most intriguing island communities is that of Kihnu, just a short ferry trip from Pärnu. Home to seafarers and fishermen, residents devote their lives to the ocean, with men spending much of their time at sea, whilst the women tend to the island, akin to a matriarchy.

You can go bear watching
For most of us, the thought of being anywhere near wild bears is a frightening (albeit rather thrilling) thought.

For Estonians, who experience the highest population of the species in all of Europe, bears are built into their seasons, with mother bears and their new cubs commonly being seen throughout the spring and summer months.

Foraging is a big part of Estonian’s incredible food scene
With rich wilderness at their door, foraging is commonplace in Estonian’s culture, with the practice appearing in high-end restaurants, as well as in the average home kitchen.

For any keen foodies, there are many hiking tours run by experienced foragers handing down advice on where to find the best delicacies, while imparting their wisdom over what to pick and how to store the produce through the winter.

Estonia’s mysterious fifth month
Between winter and spring, Estonia experiences a wet season like no other.

With a significant rise in water levels as the winter snow thaws, the season is characterised by mass flooding, with residents taking boats and canoes as transport.

Residents near the Soomaa National Park have developed small ways to enjoy this strange time, as seen in the Tuhala Witch’s Well.

Each year, the well overflows, creating an enormous flow of 100 litres per season, leaving residents mesmerized.

Tartu, the most tilted city in Europe
Much like the leaning tower of Pisa, Tartu’s Art Museum, located in the aptly named Leaning House, suffered as a result of its poor foundations.

Built in 1793, and originally belonging to a noble family, the building slowly began to sink. Luckily, after a major restoration project, the building ceased to fall, and became home to Tartu’s impressive art collection.

New destination and experiences in Estonia