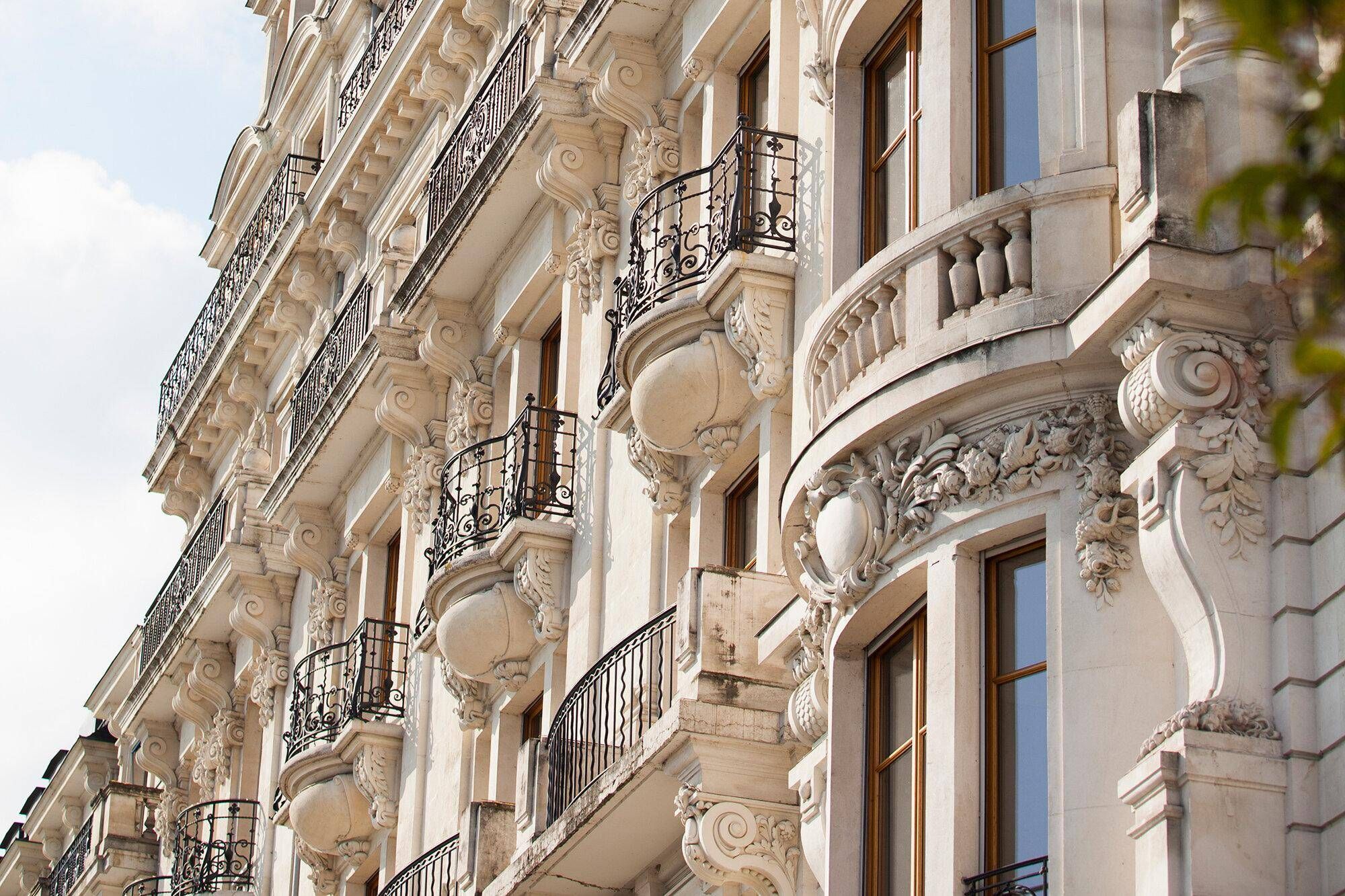 The Woodward is Geneva’s first all-suite hotel, and it sits on Lake Geneva with stunning vistas of Mont Blanc.

The bar on luxury living in Geneva has been raised, thanks to the Sept. 1 opening of The Woodward Geneva, a 26-room all-suite hotel located on Quai Wilson, right on the shores of Lake Geneva with views of Mont Blanc.

The post-Haussmann-style building has long stunned from the outside, with a facade dating back to 1901 designed by French architect François Durel. While it started as L’Hôtel Bellevue and then became a private bank, it has now been meticulously restored back into a hotel, with every detail thoughtfully designed, led by the Pierre-Yves Rochon — the architect behind some of the world’s finest hotels, like the Waldorf Astoria Beverly Hills, The St. Regis Rome, The Savoy in London, and Four Seasons Hotel George V in Paris.

“Guests of The Woodward will feel as though they have taken up residence in a spectacular lake house unlike any other, combining the familiar comforts of a grand, luxury hotel with the warm embrace of personal touches found throughout,” Timo Gruenert, CEO of Oetker Collection, tells Travel + Leisure.

The elegance of the Belle Époque hotel starts with the wrought-iron door featuring hand-decorated gold-leaf trimmings. This leads into a lobby surrounded with Macassar ebony wood walls and lustrous carpets. The lounge has Rochon’s own sofas atop Nepalese carpets, French gilded mirrors, a Baccarat crystal chandelier, a Hervé Van der Straeten bronze table, and Ralph Lauren armchairs. There are also pieces by Yann Jallu, made of gypsum, which is so fragile it would usually crumble when touched.

Each suite feels like a home of its own, with individual decor in every unit. “A favorite of mine is the Mont Blanc Suite, with its breathtaking panoramic views of Lake Geneva’s peaceful blue waters and the majestic mountain ridge in the distance,” Gruenert tells T+L. “The apartment-style suite boasts subtle shades of ivory and blue, coupled with beautiful design features such as marquetry doors, Lalique door handles, and a stunning Baccarat crystal chandelier. And I can’t forget the experience bar, which takes the traditional minibar and in-room entertaining to a whole new level.”

The food offerings are just as elevated, with outposts of two New York Michelin-starred restaurants, L’Atelier de Joël Robuchon (featuring a 36-person counter around an open kitchen) and Le Jardinier (located on two lakeside verandas). Both kitchens will be led by chef Olivier Jean, who was the executive chef at Taipei’s Michelin-starred L’Atelier.

Additionally, there will be two bars and a tea room, plus a cigar lounge in the building’s former bank vault. “Genevans have high expectations and refined palates,” Jean said in a statement. “They travel, they like novelty, but they appreciate the familiar… I want this restaurant to be a must for any epicurean!”

Relaxation also comes in style, thanks to the 12,917-square-foot Club Woodward, a fitness and wellness facility with a Guerlain Spa and the city’s longest private indoor swimming pool at nearly 70 feet, plus a gym, two saunas, two steam rooms, two Swedish baths, a Jacuzzi, six wellness rooms, and a barber room.

The Woodward is the tenth Masterpiece Hotel to be added to the Oetker Collection, which includes legendary properties like the Eden Rock St. Barths and Hotel du Cap-Eden-Roc in France’s Cap d’Antibes. It also marks the first all-suite hotel in Geneva.