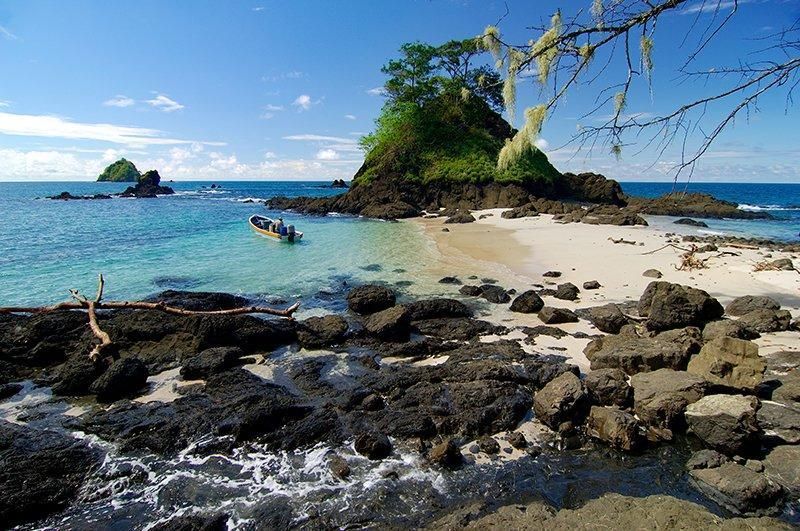 Panama has further strengthened its commitment to ocean conservation by signing into effect an executive order expanding the borders of the protected marine territory of the Cordillera de Coiba Area of Managed Resources by 30 percent. This initiative is part of the 30×30 Global Ocean Alliance, which seeks to expand protected marine territories by 30 percent by 2030. The expansion of this protected territory positions Panama as a global “Blue Leader” in conservation.

A protected area since 2015, Panama’s Coiba Ridge is a chain of submarine mountains near Coiba National Park (located on an island on the Pacific side of the country) and is considered to be exceptional geological formations with high biodiversity. Travelers can experience the area’s marine and natural wonders at Coiba National Park, a UNESCO World Heritage Site, and one of the many ocean wonders within Panama’s “Blue Heritage.” Once a penal colony, access to Coiba Island was historically limited, allowing 80 percent of the archipelago’s natural resources and wildlife to survive untouched and flourish over the years. Sharing the marine corridor with the Galapagos Islands, the marine park is now a world-class diving and whale watching destination offering access to Bahia Damas Reef, the largest reef on the Pacific coastline of the American continent.

Said Ivan Eskildsen, Panama’s minister of tourism, in a press statement: “Expanding the protection of its marine ecosystem demonstrates our country’s collaborative effort in making a positive global impact as a leader in environmental conservation and ensuring future generations will be able to enjoy it.”

Diving at Coiba Marine Park gives visitors a chance to see an incredible array of species, from manta rays to hammerhead sharks, and even whale sharks, during some parts of the year. Off the northeastern coast of Coiba Island, visitors will find Granito de Oro, a small island popular among casual snorkelers hoping to experience the marine magic of Coiba. The structure of the tiny island preserves a pristine white sand beach, creating a reef that is home to a myriad of species including eels, sea turtles and many schools of colorful fish.

Coiba Island’s tropical rainforest is also one of Panama’s top destinations for birdwatching. The island is home to approximately 147 species, including endemic subspecies such as the Coiba spinetail and brown-backed dove. It is the only place in the country with a thriving population of the scarlet macaw.

Panama’s participation in the 30×30 Global Ocean Alliance and being ahead of the 2030 objective, supports the country’s Tourism, Conservation and Research strategy. In addition, it will further contribute to the development of the destination’s heritage routes, which were launched as part of Panama’s Master Plan for Sustainable Tourism. A network of circuits that highlight the unique richness and diversity of Panama’s natural and cultural heritage, the routes focus on three core areas: Cultural Heritage (multifaceted culture), Green Heritage (extraordinary biodiversity), and Blue Heritage (ocean wonders).