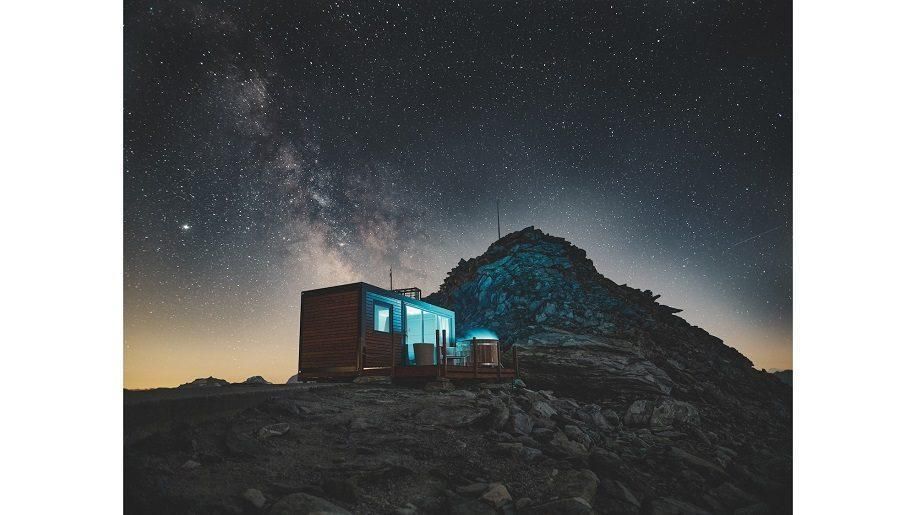 The Million Stars Hotel offering features “hotel rooms” dotted throughout Switzerland, where guests can experience nature in its purest form – and in an entirely exclusive location meant for two.

The 2021 Million Stars Hotel project includes 50 or so accommodation options that can be found in all Swiss language regions and in 12 tourist regions. Each room offers a direct view of the starry sky from the comfort of the guest’s bed. Of the 50 or so hotel rooms from 2020, two-thirds were included again this year, while the remaining third are entirely new to the Million Stars Hotel project. Almost 40 new accommodation proposals were submitted by tourism providers across Switzerland.

The Million Stars Hotels’ offering will remain open until the end of October 2021 (depending on altitude). Room prices range from CHF 80 to around CHF 1,300 per night for two people, including breakfast.

Travellers looking for luxury and an urban setting should head to the Suite Loft of Hotel Beau Rivage in Geneva. Those looking for something totally remote should opt for an experience under the stars at the Lötschenpasshütte or the panorama tent on the Fronalpstock. For passionate golfers, there is the Golf Night Experience on the edge of the Golf Club di Losone, while one-of-a-kind experiences in the chestnut forest are guaranteed at the Al GÜZ in Bergell.

“ST is confident that running this project again in summer and autumn 2021 will now increasingly inspire guests from Europe and other overseas countries to book a special sleeping experience with a view of the stars in Switzerland, insofar as travel is permitted without any severe restrictions.

“Given the broad international coverage of the project last year, the prospects are good: especially in the key foreign market of Germany, there was great media interest, though media in the foreign markets of Korea, Southeast Asia, and North America also reported on the special hotel project.”