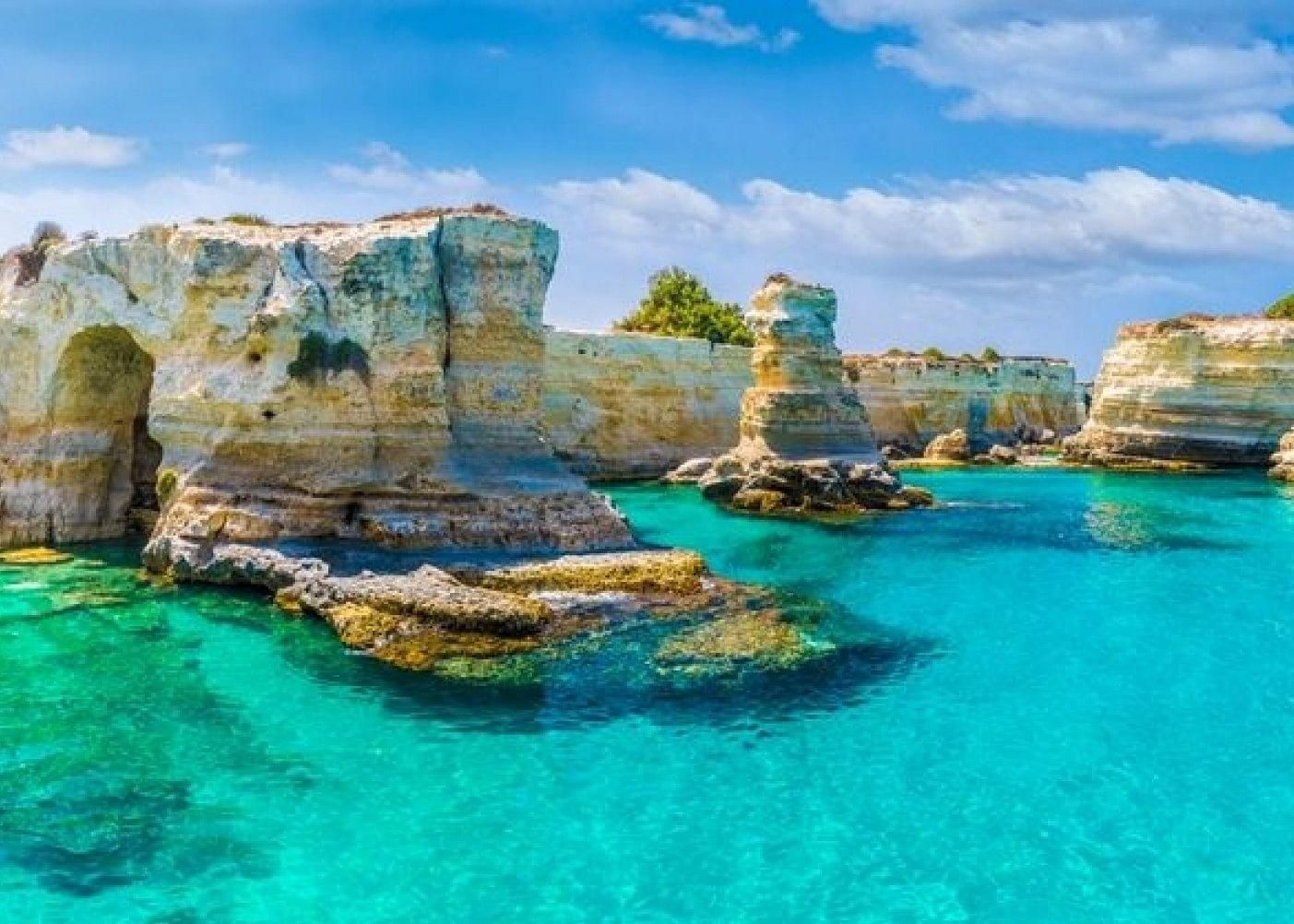 It turns out you don’t need to go to the tropics to find soft sandy beaches and crystal clear waters. Salento, on the very heel of Italy, has it all.

Salento has earned the moniker “Maldives of Italy” thanks to the paradise-like landscape of its coasts. Part of the administrative region of Apulia, it also boasts a rich cultural heritage, influenced by a blend of cultures which have left their mark over the centuries.

It sits between the Adriatic Sea on the east and the Ionian Sea on the west. Even though it’s a relatively small peninsula (100 kilometres long and 40 kilometres wide) the two coasts are wildly different.

The ‘Maldives’ are located on the Ionian side. Some of the most stunning spots here are Punta Prosciutto (Ham Point), Pescoluse and the natural parks of Punta Pizzo and Porto Selvaggio, where the sea meets dunes of sand covered by Maquis shrubland, evergreen plants found across the Mediterranean.

Porto Cesareo is part of a marine reserve perfect for snorkeling, as its seabed has sub-tropical features and animals that are usually seen in warmer seas. The town has natural islands sitting in front of it, such as Isola dei Conigli (Rabbits Island), that can be reached by boat or just by swimming.

A hotspot in the Western side is Gallipoli, which is one of those places that kind of has it all. Its historical centre is an island turned fortress accessible via a 500-year-old bridge, with an intricate web of alleys that seem to have frozen in time.

The main attractions are the castle, Cathedral Sant’Agata and Spiaggia della Purità (Purity Beach). In non-pandemic times, the nearby Baia Verde is one of the best spots for nightlife in the whole country.

The two seas meet in Santa Maria di Leuca, which is one of the very extremities of Italy. Because it’s where West meets East, people come to the tip, called Punta Ristola, to admire both sunset and sunrise.
Boat tours show how different the two sides of the coast are, as small rocks on the Ionian Sea turn into dramatic cliffs on the Adriatic. Both sides have caves, and some of them used to be home to Paleolithic people when the Mediterranean was dry land.
Archaeologists have also found inscriptions from the Greek and Roman eras, mostly from sailors asking gods to protect them on their travels.
Behind the lighthouse there is a basilica, which used to be a temple to the goddess Minerva, though it is said that Saint Peter Christianised it during a pilgrimage to Rome.