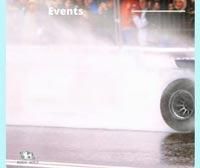 Events around the world 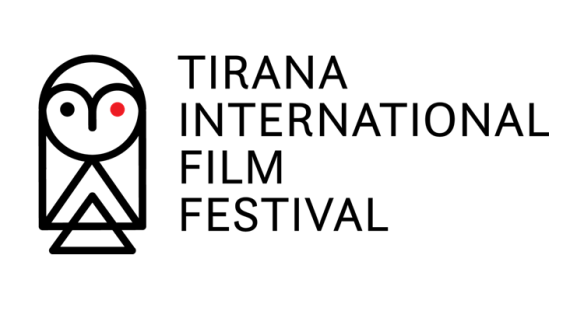 TIRANA INTERNATIONAL FILM FESTIVAL is the first international film festival and the only of its kind in Albania. This extraordinary cultural event created in 2003 is one of the most important cinematic event in Balkans.

TIFF aims to create in Albania, as well as in the region, a cultural center of worldwide alternative and independent cinema. Albania is a solar, enthusiastic and friendly country and besides the “strong competition” TIFF aims at the same time to be a meeting point of cultures, where people of Tirana, the guests and all those who love films will have a cinema-language-communication week.

TIFF aims to create a friendly space for film artists and cinema enthusiasts from Albania, Europe and the entire world to come together and share their linked passion and knowledge of the motion picture art form. The intention of TIFF is to bring filmmakers, producers and distributors from all around the world to Tirana, in hopes of fostering future co-operation in this interesting scenic area. By bringing together these distinct voices and their work, TIFF commits itself to introducing audiences to alternative visions of extraordinary diversity. “Think Different, Watch Alike” is the slogan and motto of TIFF.

TIFF aims at demonstrating strong efficiency in audience development (especially toward young audience) by implementing activities before, during and after the event, including year-long activities and travelling to other cities with various smaller partner and smaller festivals in the country. Partnering with small organizations and youth centers around the country in order to use the existing facilities in each city will not only give to TIFF a large national impact, but will enhance on the other side the increase of values of small events in each respective city in which TIFF will be present.

The Festival yearly getting thousands of submissions from submitting online in our website and other online platforms which applies for being selected. TIFF is an international cinema event whose main objective is to enlarge the number of venues and time of screening of European and non-European films of all genres and durations in Albania as well as it is considered to be an event to develop new audiences around the country, combining film screenings with public debates and thematic debates approaching new and an increased Film Audience and focusing also on Film Literacy.

Since its inception, TIFF receives over 40,000 short and feature films from over 120 countries around the world. Out of all these applications more than 200 films can be chosen each year for the competition and the special program.

We are thrilled and honored to be approved as an official Academy Awards® qualifying festival, it’s truly a tremendous opportunity for our filmmakers and future Best Short Film Award winners and for Student Academy Awards (SAA).

The daily program of TIFF combine national premieres of feature and short films in all formats and genres: fiction, documentary, animation, experimental and video art. Open to any filmmaker from around the world, TIFF showcases new cinematic work by established directors with international reputations as well as movies by talented students and young artists.

B. SPECIAL PROGRAM & SCREENINGS
Besides the competition program TIFF reserves a large space to the special programs and screenings. PANORAMA has some thematic sections dedicated to the most sensitive social topics and problematic social groups as for children, women, immigration, integration of persons with disabilities, LGBT, etc. with those sections: DIVERGENT MINDS; GENERATIONs; NEW WORLD; PARADE.

FOCUS is a special program, which is based on tribute or homage to the cinema author and/or the filmography of a given country. RetrospecTIFF and TIFF Classics brings to the new audience the most prominent national or international authors of the film history.

REFLECTING ALBANIA is the oldest program of the festival, dedicated to the foreign filmmakers who have produced their films in Albania or in Albanian speaking territory. FesTIFFal is a special program with selected films by festival partners.

PICTURE YOUR LIFE, CREATE THE FUTURE
TIFF will continue to have a large space to the special program KIDs, an exclusive program for children from 5-14 age average. This initiative comes as a long-term investment to raise and educate future cinematic audiences with artistic films through acquired projects in Creative Europe for the distribution and promotion of European films.

C. NEW FEATURES – PARALLEL SCREENINGS
TIRANA INTERNATIONAL FILM FESTIVAL has the pleasure to announce four major services available for the applicants. Since its inception in 2003, TIFF received over 40,000 short and feature films from over 120 countries around the world. Out of all these applications more than 200 films can be chosen each year for the competition program. With these four new services, TIFF offers the opportunity to many films to be shown in alternative ways (TV, online, market, special programs) in a wider audience and experts.
The applicants must apply clearly for each one of these new services.

• TIFF.TV Competition
With our media TV partners we offer the possibility to directors screening their films (selected for the official competitive program or not) to the Albanian audience and win the TV juries and audience awards.

• TIFF on Tour
TIFF will act as ambassador for the submitted films and will travel with a selection to other Albanian cities during the year. TIFF will also propose special screenings to other regional festivals in accordance to a specific subject or theme of each collaborative festival.

• TIFF Online Library
TIFF offer the online presentation of each film, in a dedicated page, as a part of a film library, with all related information and with the possibility to receive comments from the international internet audience and industry. The screening of films is open to anyone without charges. The films will be available for viewing in the film library as long as director/producer wishes.

• TIFF Market Corner
TIFF will create a market corner, where potential buyers can watch all films and make their selection. TIFF will also act as a festival promoter and distributor. In case of financial contract with a distributor, TIFF will receive a fee of 5%.