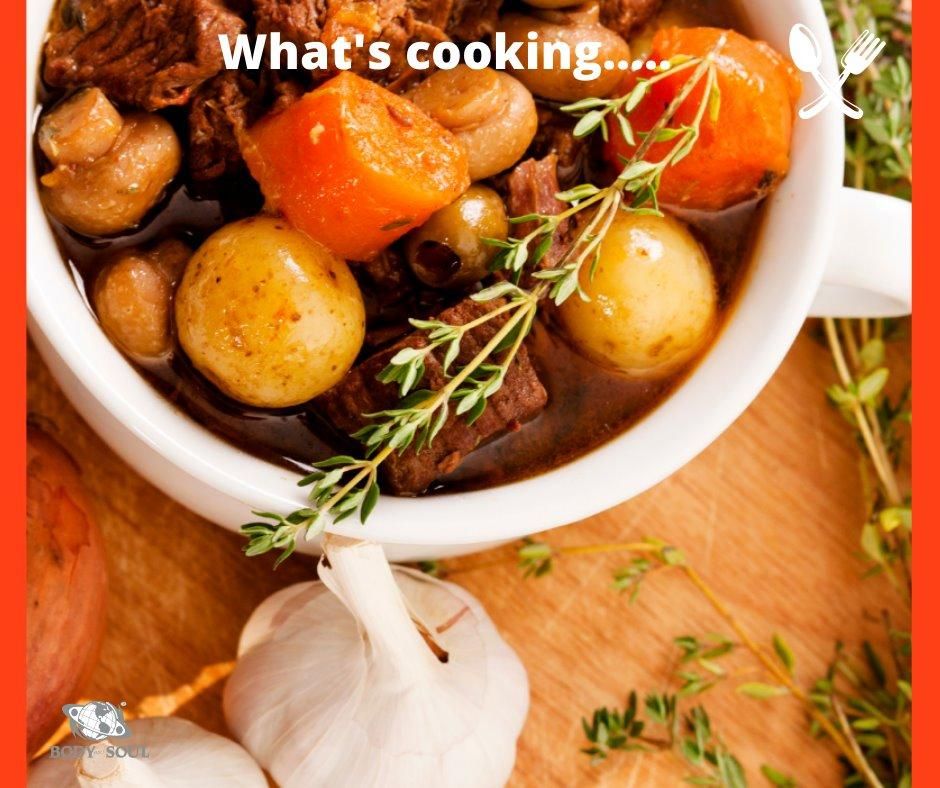 If the French have elevated cookery to an art form, boeuf bourguignon is perhaps the most prized of their national collection — beef cooked slowly in fruity red wine until so soft, sticky and deliciously savoury that to call it a mere stew feels almost insulting
This classic of provincial French cooking was described by the great post-war British cookery writer and Francophile Elizabeth David as ‘the domain of French housewives and owner-cooks of modest restaurants rather than of professional chefs’. These days, however, the boundaries between home and haute cuisine are less strictly drawn, and you’re as likely to find it deconstructed in one of Burgundy’s many Michelin-starred restaurants as you are at the kitchen table.
Bourguignon, of course, means, ‘of Bourgogne’, or Burgundy, a region in eastern France between Lyon and Paris best known for its wine. Indeed, along with Champagne to the north, and its great rival Bordeaux to the south west, it can fairly claim to be one of the most famous production areas in the world. It’s here the traveller will pass road signs bearing names more often spotted towards the bottom end of the wine list; places like Mersault and Nuits-Saint-Georges — pretty villages lapped by a green sea of meticulously tended vines.
INGREDIENTS
1.6kg/3lb 8oz good-quality braising steak (chuck steak)
4–5 tbsp sunflower oil
200g/7oz smoked bacon lardons or smoked streaky bacon, cut into 2cm/¾in pieces
1 large onion, finely chopped
2 garlic cloves, crushed
75cl bottle red wine
2 tbsp tomato purée
1 beef stock cube
2 large bay leaves
3 bushy sprigs fresh thyme
25g/1oz butter
450g/1lb pearl onions, or 24 baby onions
300g/10½oz chestnut mushrooms, wiped and halved or quartered if large
2 heaped tbsp cornflour
2 tbsp cold water
flaked sea salt and freshly ground black pepper
chopped fresh parsley, to garnish
1. Cut the braising steak into chunky pieces, each around 4–5cm/1½–2in. Trim off any really hard fat or sinew. Season the beef really well with salt and pepper.
2. Heat two tablespoons of the oil in a large frying pan. Fry the beef in three batches over a medium–high heat until nicely browned on all sides, turning every now and then and adding more oil if necessary. As soon as the beef is browned, transfer to a large flameproof casserole. Preheat the oven to 170C/150C Fan/Gas 3.
3. Pour a little more oil into the pan in which the beef was browned and fry the bacon for 2–3 minutes, or until the fat crisps and browns. Scatter the bacon over the meat. Add a touch more oil to the frying pan and fry the chopped onion over a low heat for 5–6 minutes, stirring often until softened. Stir the garlic into the pan and cook for 1 minute more.
4. Add the onion and garlic to the pan with the meat and pour over the wine. Stir in the tomato purée and 150ml/5fl oz water. Crumble over the stock cube, add the herbs and bring to a simmer. Stir well, cover with a lid and transfer to the oven. Cook for 1½ –1¾ hours, or until the beef is almost completely tender.
5. While the beef is cooking, peel the button onions. Put the onions in a heatproof bowl and cover with just-boiled water. Leave to stand for five minutes and then drain. When the onions are cool enough to handle, trim off the root close to the end so they don’t fall apart and peel off the skin.
6. A few minutes before the beef is ready, melt half of the butter in a large non-stick frying pan with a touch of oil and fry the onions over a medium heat for about 5 minutes, or until golden brown on all sides. Tip into a bowl. Add the remaining butter and mushrooms to the pan and cook for 2–3 minutes over a fairly high heat until golden brown, turning often.
7. Mix the cornflour with the water in a small bowl until smooth.
8. Remove the casserole from the oven and stir in the cornflour mixture, followed by the onions and mushrooms. Return to the oven and cook for 45 minutes more, or until the beef is meltingly tender and the sauce is thick. The sauce should coat the back of a spoon – if it remains fairly thin, simply add a little more cornflour, blended with a little cold water and simmer for a couple of minutes on the hob.
9. To serve, remove the thyme stalks. Sprinkle the casserole with parsley and serve.

More about travel to France