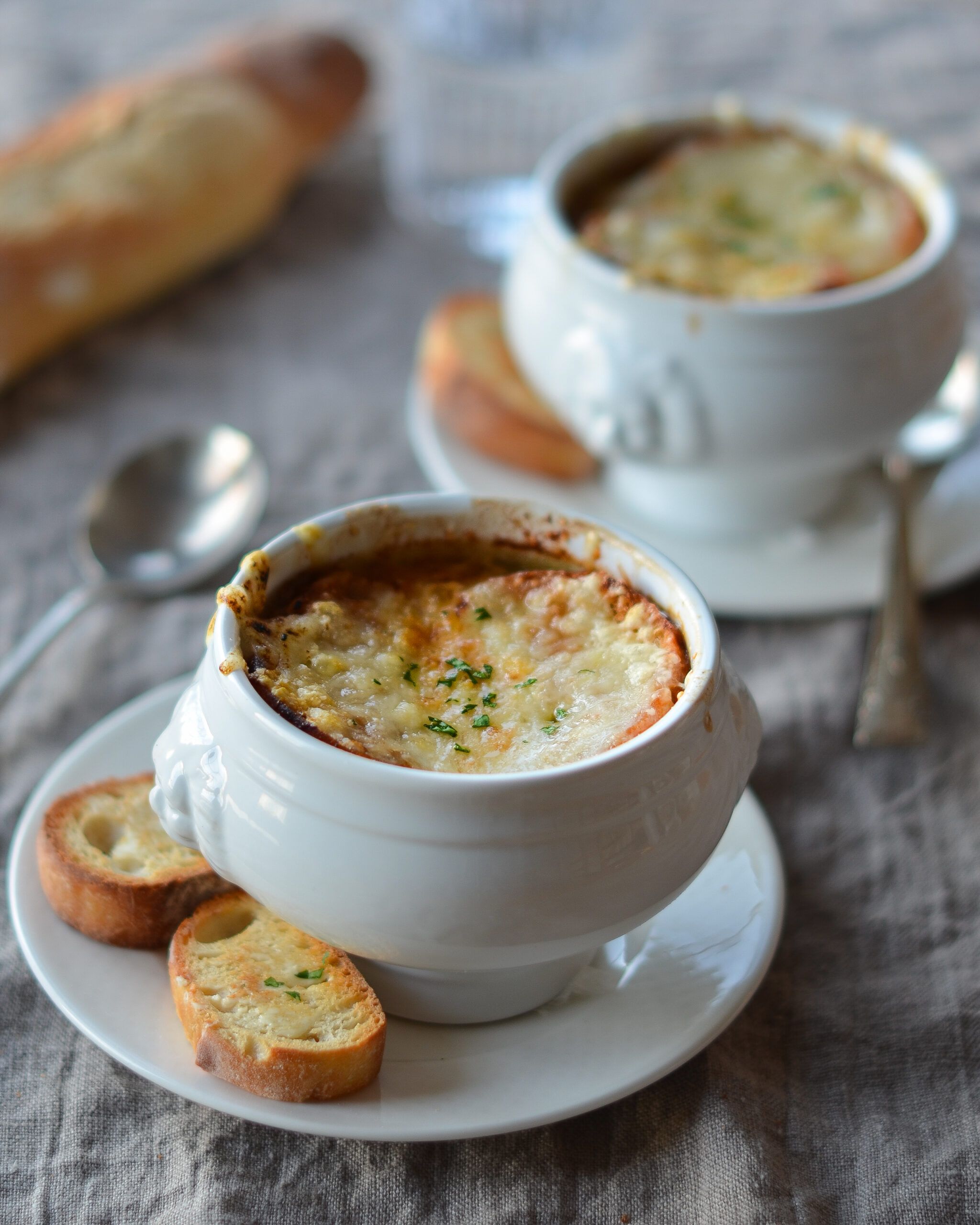 French onion soup is a soup usually based on meat stock and onions, and often served gratinéed with croutons or a larger piece of bread covered with cheese floating on top. Ancient in origin, the dish underwent a resurgence of popularity in the 1960s in the United States due to a greater interest in French cuisine. French onion soup may be served as a meal in itself or as a first course

Onion soups have been popular at least as far back as Roman times. Throughout history, they were seen as food for poor people, as onions were plentiful and easy to grow. The modern version of this soup originates in Paris, France in the 18th century, made from beef broth, and caramelized onions.

It was introduced to the United States by the New York restaurant of Henri Mouquin in 1861, where his wife Marie Julie Grandjean Mouquin was the chef. It is often finished by being placed under a salamander in a ramekin with croutons and Comté melted on top. The crouton on top is reminiscent of ancient soups.

Much of the success of this soup depends on the stock that you are using, and stock varies tremendously in its taste. Depending on your stock, you may need to bump up the flavor with some beef bouillon (we recommend Better Than Bouillon brand).
Taste the soup before putting it in the oven, and if it needs more seasoning, don’t be afraid to add more!

Caramelize the onions:
In a 5 to 6 quart thick-bottomed pot, heat 3 tablespoons of olive oil on medium heat. Add the onions and toss to coat with the olive oil.

Cook the onions, stirring often, until they have softened, about 15 to 20 minutes.

Increase the heat to medium high. Add the remaining tablespoon of olive oil and the butter and cook, stirring often, until the onions start to brown, about 15 more minutes.

Sprinkle with sugar (to help with the caramelization) and 1 teaspoon of salt. Continue to cook until the onions are well browned, about 10 to 15 more minutes.
Deglaze the pot with vermouth or wine:

Add the wine or vermouth to the pot and scrape up the browned bits on the bottom and sides of the pot, deglazing the pot as you go.

Add the stock, bay leaves, and thyme. Bring to a simmer, cover the pot and lower the heat to maintain a low simmer. Cook for about 30 minutes.

While the soup is simmering, line a sheet pan with parchment paper or foil and preheat the oven to 450°F with a rack in the upper third of the oven.

Brush both sides of the French bread or baguette slices lightly with olive oil (you’ll end up using about a tablespoon and a half of olive oil for this).

Put in the oven and toast until lightly browned, about 5 to 7 minutes. Remove from oven.

Turn the toasts over and sprinkle with the grated Gruyere cheese and Parmesan. Return to oven when it’s close to serving time and bake until the cheese is bubbly and lightly browned.

To serve, ladle soup into a bowl and transfer one cheesy toast onto the top of each bowl of soup.

Alternatively, you can use individual oven-proof bowls or one large casserole dish. Ladle the soup into the bowls or casserole dish. Cover with the toast and sprinkle with cheese. Put into the broiler for 10 minutes at 350° F, or until the cheese bubbles and is slightly browned. 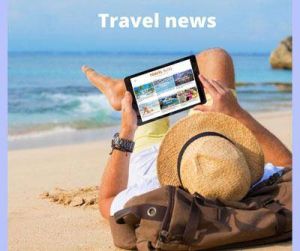 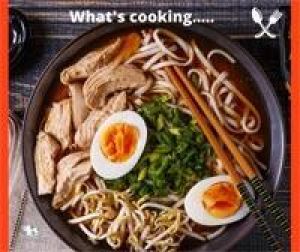