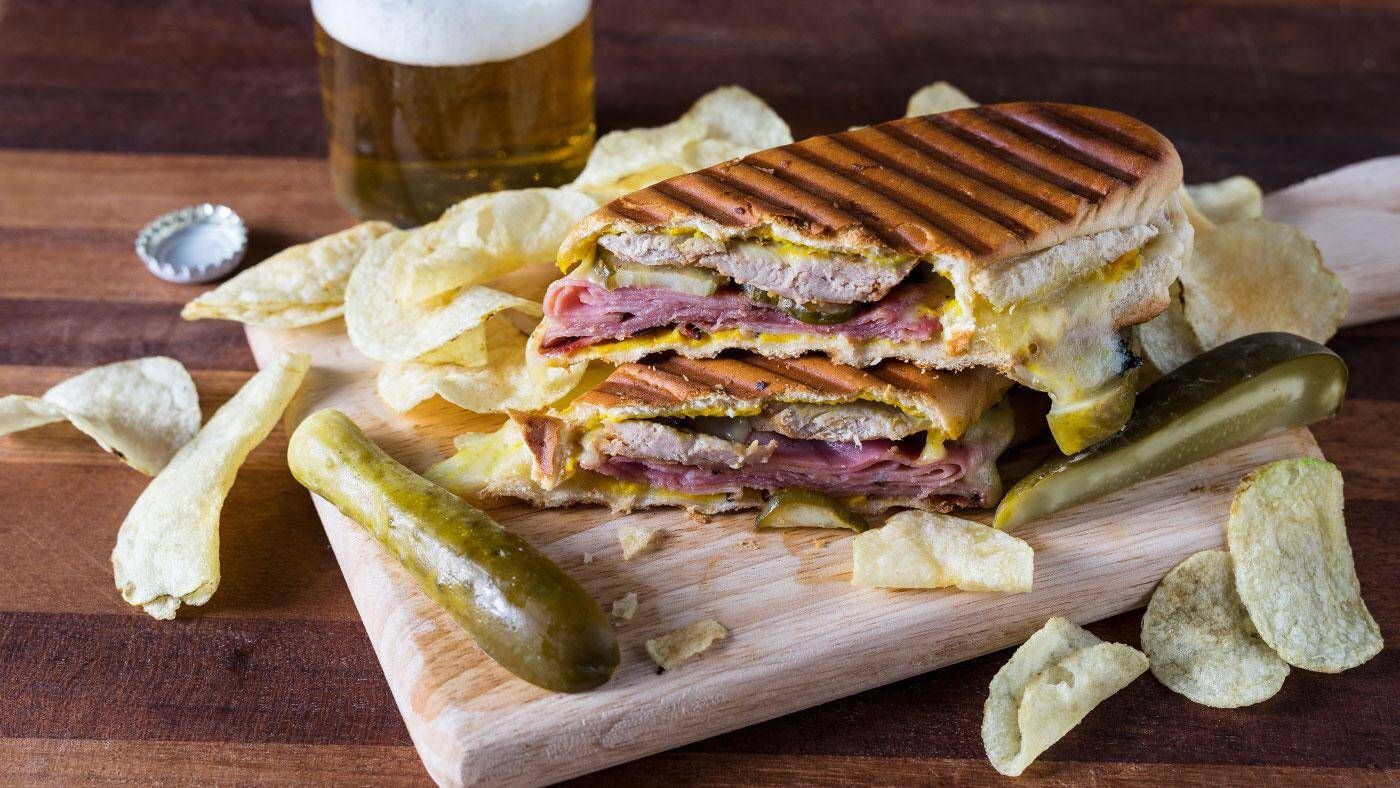 The best Cuban sandwich makers in Miami have elevated sandwich making to an art form. The larger restaurants station the sandwich maker in a prominent spot where everyone can enjoy the show. Armed with a long, thin, serrated knife, the sandwich maker expertly cuts the ham and pork, usually from a whole pork leg. Using the flat surface of the broad knife, he artfully arranges the layers of meat onto the sandwich.
The Cuban Sandwich
Glenn Lindgren: No one is certain exactly where and when the Cuban sandwich was invented. We do know that Cuban sandwiches (called “a sandwich mixto”) were common on cafeteria and restaurant menus in Cuba by the 1930s, and there is some evidence of them as early as the turn of the century.

Raúl Musibay: They were very popular with workers in Cuba’s sugar mills. People set up restaurants inside the mills and sold the sandwiches to the workers on their lunch breaks.

Jorge Castillo: In the Province of Oriente, the eastern part of Cuba, they eat a different version of the Cuban sandwich. It is exactly like the traditional Cuban sandwich, but the bread is rubbed with garlic first.

Glenn Lindgren: The Cuban is a sandwich with universal appeal because it’s a combination of ingredients that are almost universally loved. The Cubano is basically a grilled ham and cheese sandwich — a type of sandwich you’ll find in many cuisines from the simple grilled American cheese and white bread sandwich many Americans grew up with to the French croque-monsieur.

Jorge Castillo: How does such a simple sandwich create so much passion? The Cuban sandwich is nothing more than a loaf of Cuban bread, cut in half, buttered on both sides, and stuffed with dill pickles, roast pork, ham, and Swiss cheese — not exactly rocket science.

Raúl Musibay: There are a couple of variations on the Cuban sandwich worth noting: “Sandwich Cubano Especial ” with thinly sliced Serrano ham that adds a salty tang. Or one of my favorites, the Cuban sandwich with olive salad. I had that one many times in Cuba.