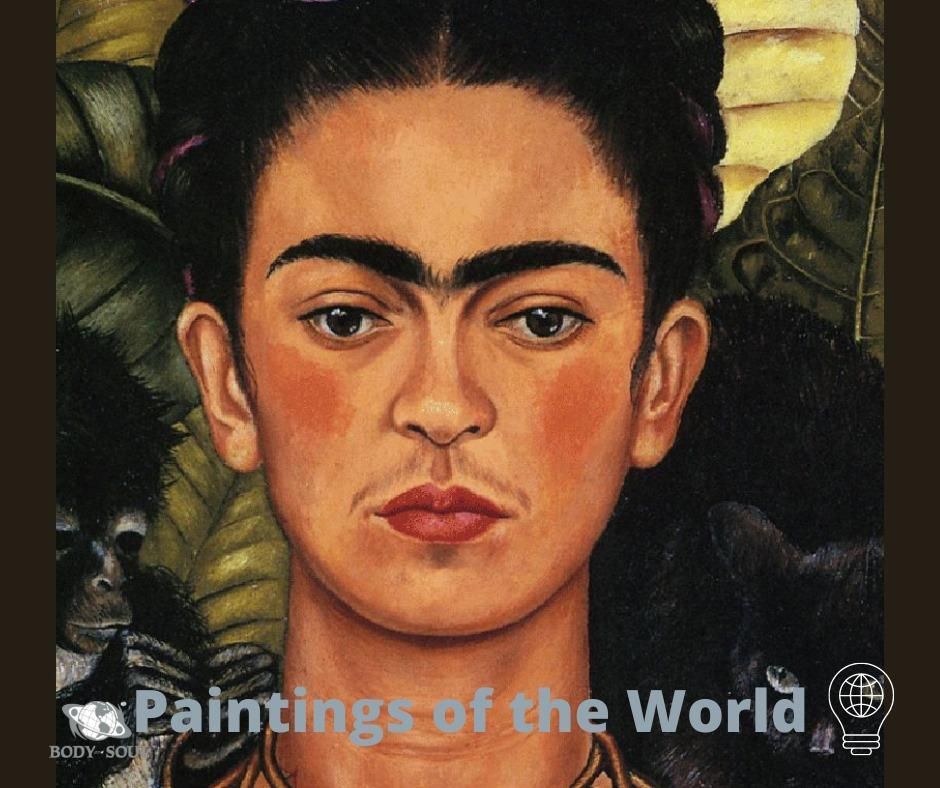 Frida Kahlo was a Mexican painter known for her many portraits, self-portraits, and works inspired by the nature and artefacts of Mexico. Inspired by the country’s popular culture, she employed a naïve folk art style to explore questions of identity, postcolonialism, gender, class, and race in Mexican society.

Her paintings often had strong autobiographical elements and mixed realism with fantasy.

In addition to belonging to the post-revolutionary Mexicayotl movement, which sought to define a Mexican identity, Kahlo has been described as a surrealist or magical realist. She is known for painting about her experience of chronic pain.

Kahlo contracted polio at age six, which left her right leg thinner than the left, which Kahlo disguised by wearing long skirts.

After the accident, Frida Kahlo turned her attention away from the study of medicine to begin a full-time painting career. Frida Kahlo once said, “I paint myself because I am often alone and I am the subject I know best”. Her mother had a special easel made for her so she could paint in bed, and her father lent her his box of oil paints and some brushes.

Drawing on personal experiences, including her marriage, her miscarriages, and her numerous operations, Kahlo’s works often are characterized by their stark portrayals of pain. Of her 143 paintings, 55 are self-portraits which often incorporate symbolic portrayals of physical and psychological wounds. She insisted, “I never painted dreams. I painted my own reality”.

Kahlo was deeply influenced by indigenous Mexican culture, which is apparent in her use of bright colors and dramatic symbolism. She frequently included the symbolic monkey. In Mexican mythology, monkeys are symbols of lust, yet Kahlo portrayed them as tender and protective symbols. Christian and Jewish themes are often depicted in her work. She combined elements of the classic religious Mexican tradition with surrealist renderings.

Travel to Mexico to learn more about her.