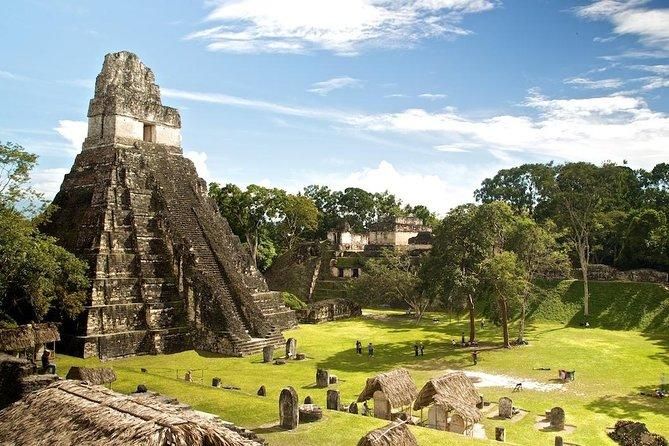 It was known to once house between 10,000 and 90,000 people and since its designation as a World Heritage Site, visitors have seen it first-hand.

For centuries, the ancient ruins of Tikal hid deep in the jungle of Guatemala just waiting to be discovered. Many others like it have had known whereabouts for some time now in both Mexico and Peru but upon finding Tikal, it would soon be revealed that this was once one of the largest civilizations ever to live during its time. This Mayan city is full of innovation and surprise, the most obvious of which is its tremendous temples, many of which were the tallest ever known up until the 19th century, according to CNN.

It’s also one of few nearly fully-intact sites that perfectly display what life was like for the Maya people during 800 A.D. Even the surrounding jungle has been wholly untouched with all the sights and sounds of Guatemala in full array despite Tikal now being a place where many can explore and observe. Despite the fact that the ancient Mayans disappeared during the 10th century, what remains of their civilization has been perfectly preserved, giving a glimpse into what an occupied city might have looked like.

Clues Into The Past
During its prime, Tikal would have been considered a hub for the Mayan civilization. Researchers have been able to gather that this would have been a bustling city, consisting of anywhere from 10,000 to 90,000 people at any given time between 550 and 900 A.D. To imagine what life was like there is to appreciate the beauty and craftsmanship that went into building the 3,000 – so far – structures that have since been discovered on the site, which spans roughly six miles. Among that, scientists have also found about 200 altars and monuments, many of which give further clues as to who the Mayans were and how they lived.

The buildings and monuments in Tikal are highly advanced compared to many others, with everything remaining in nearly exactly the same condition as it was left. The city itself is truly remarkable and one of the most stunning features is The Great Plaza, which was confirmed to be the ceremonial area of Tikal.

The Architecture Of Tikal
Similar to the Great Pyramids, the buildings in Tikal follow a similar shape and method. Spanning roughly 10 acres, the center of Tikal – surrounding The Great Plaza – is filled with pyramids that appear as though they could also be found in Egypt. However, these are limestone-paved and not as grand in structure but are similar in nature. It’s theorized that these would have been used for religious ceremonies, dramas, and even sporting events, not unlike many structures seen in Rome today.

As it turns out, sports were a significant part of the Mayan civilization. Areas that can only be presumed to be ball courts have been found throughout Tikal, playing a sport that may have been similar to what we know as soccer or basketball today. However, the rules were a bit different – the goal was likely to keep the ball in the air for as long as possible without using one’s hands, and for the losing team? Rather than a pat on the back and a ‘better luck next time,’ experts say death might have been a very real possibility.

Another structure, called Temple 1, appears to have been used as a site for some type of acrobatics, according to a report by CNN. The staircase alone is at an extremely steep angle and towers a whopping 170 feet. Each temple surrounding this one is slightly shorter in height but no less spectacular, each featuring a unique vantage point from which to observe the entirety of Tikal. It’s uncertain what each was used for.

Furthermore, there was no immediate water source for Tikal, leading experts to a head-scratching dilemma. Why settle there if there were no means for hydration? The answer lies in the amount of seasonal rainfall that Guatemala receives, which experts believe might have been the main source of water, making the Mayans extremely resourceful and intelligent when it came to weather patterns and survival. This way of life was far more advanced than many and if nothing else, Tikal proves that the civilization was far ahead of its time. Experts also tend to lean towards a drought as one explanation for what happened to the city of Tikal and its residents, although we may never know the full answer.

For those who truly want an immersive experience in this Guatemalan jungle, there are a couple of inns and one hostel that sit not far from the Tikal National Park. Getting to the park is usually organized by these lodging accommodations and more information can be sought via phone call or at the front desk. Tikal National Park is a designated World Heritage Site, so there’s plenty to do and see during one trip.