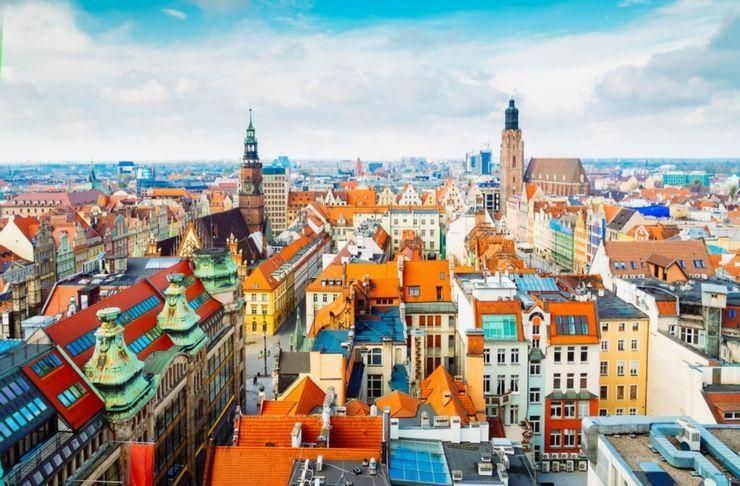 Unlike the more popular countries like the United States of America (USA) that are always on international TV, either on the news or for some other reason, countries like Poland are much quieter countries. That doesn’t mean it doesn’t have its wonders within its borders.

Located on the Oder River of Western Poland is the city of Wroclaw. This city is famous for many things, two of which are its majestic townhouses and modern fountain.

Tours take you back to the horrors of World War II as tourists explore the German prison camp Stalag Luft 3 and the most brazen prisoner of war jailbreak during World War II. Including the tunnels used for the escape called Tom, Dick, and Harry, respectively of which a legion of 600 men dug in secret preparing for their escape. After a full year of digging, a total of 76 prisoners decided to take their chances through the Harry tunnel on the night of the 24th of March 1944. While this escape was short-lived as 73 of the prisoners were recaptured during the pursuit. An angered Hitler ordered that 50 of them be killed. For 3 prisoners, this was worth it.

Tourist go through the main market square of Wroclaw where they can see the townhouses of the famous Hansel and Gretel. This tour is a fantastic walkthrough of Wroclaw’s history as it also features the Jatki, which is a really old slaughterhouse. It’s pretty much medieval stuff. Visitors also get to see areas of old that were used as a punishing ground for criminals.

This Polish soup is often taken for dinner in Wroclaw. This soup is prepared in different styles so it is up to you to find your preference. The basic ingredients of this soup are pork, special polish sausages, potatoes, eggs, and various vegetables. This meal is indeed a delight and is a must-try while in Wroclaw.

This meal is a delicacy and is a dish local to the people of Wroclaw. The beauty of this dish is that can be prepared in various ways. The different forms of Pierogi are prepared with any of the following: mushrooms, cheese, meat, potato, cabbage, and spinach. The Pierogi has a delicious taste and is a meal you shouldn’t miss while in Wroclaw.